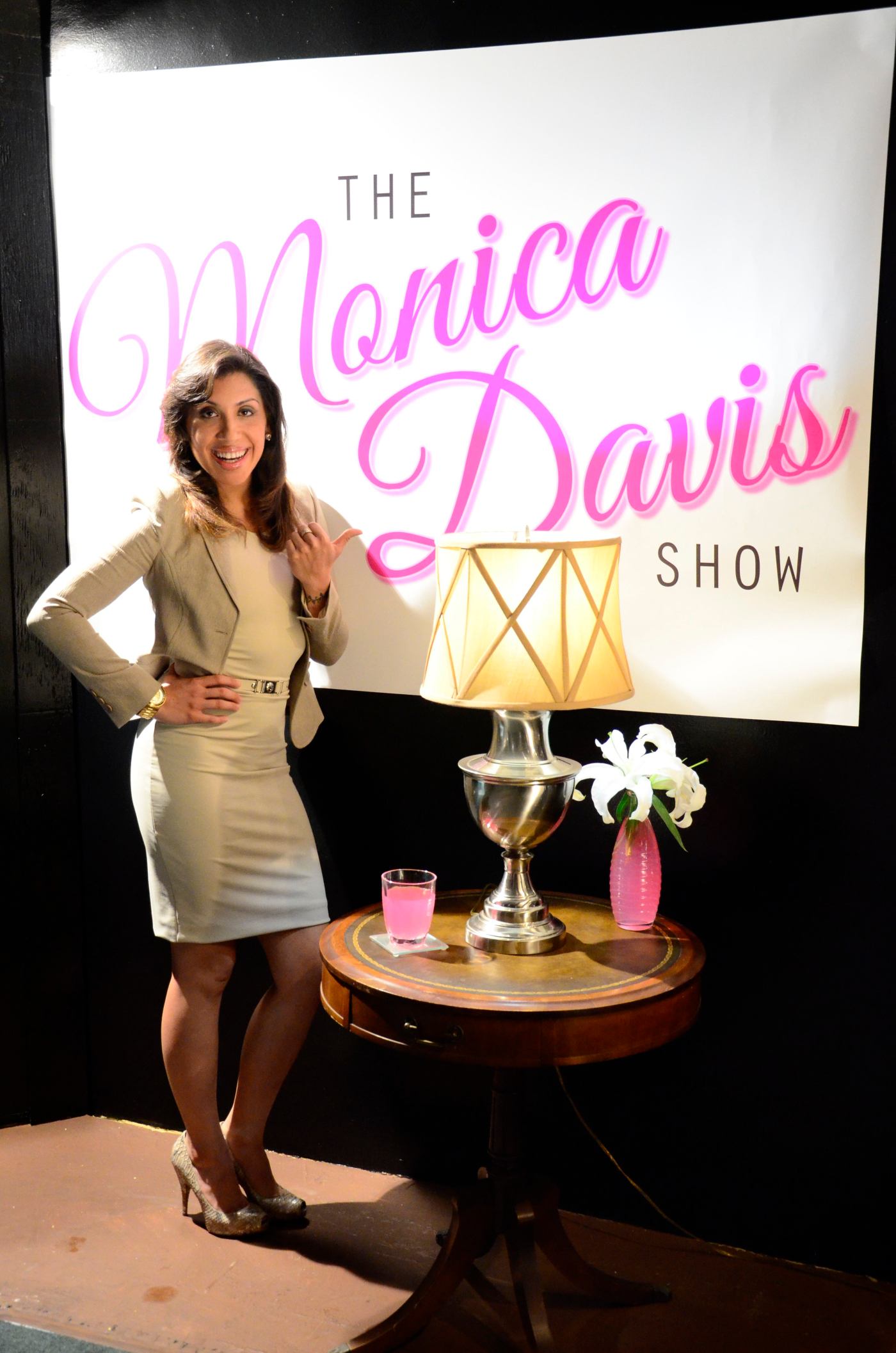 Know when you meet a guy with tattoos and a motorcycle and you think, ‘he looks like trouble’? Well then why would you go home with him, you nut? ~Monica Davis

Last Saturday evening saw what was to be the final performance of The Monica Davis Show  (now extended) at LA’s Theatre Row small playhouse, Studio C on Santa Monica Blvd.  The material was unexpectedly heavy.  The drama, surprisingly light.

As a dramedy in archetypes Ms. Davis lives out her fantasy of being an Oprah-style talk show host while interviewing her multiple alter egos, six altogether, as guests, highlighting the more profound aspects of a perniciously abusive relationship.  It is a quite a comical display of inner personalities who give voice to Davis’ intimate thoughts and private/public actions to viewers in a way that she openly cannot.  They chastise her, sooth her, tear her down, defend her, support her (a heck of a lot better than her own parents), argue with the show’s host and ultimately get her “over the hump” and out of a destructive living situation with a dreadfully alcoholic, drug addict boyfriend.

As a whole, it was an uneven event.  Ms. Davis is an “available” performer easily registering vulnerability and possessing the ability to quickly shift from one emotion to the next.  However,  as a character actress, she has work to do. Thus, the array of personalities becomes rather amorphous, tending to display similar tones. This slightly flatlined some of the more important material, bits of which should be shocking but get glossed over in the acting and the writing.  Ms. Davis could have also used more help in the stage direction which often kept her far too upstage instead of granting us more of her presence front and center.  She comes across often as shy even when her characters are not.

However, as I’ve said in the past regarding one-woman and one-man shows, they are hard; entirely exposing the outer and inner core of the performer, not just the material presented. This being Ms. Davis’ first live performance never-the-less is quite an achievement.  She herself along with this show has the potential to pull out all the stops.  With two more weekends to go, audiences have a lot to look forward to.

The Monica Davis Show is for anyone who has ever bought a self-help book, sought relationship advice, read a Cosmo article or cried into a pillow after a break-up. Or all of the above!

Starring Comedienne Monica Davis: a talk show satire about the wisdom of listening to your own voice and leaving bad relationships behind for good.