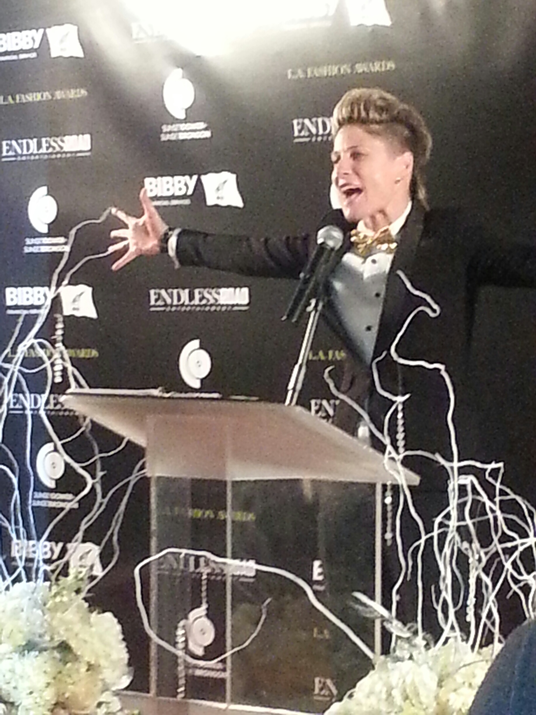 When it comes to throwing a party, fashionistas, couturiers,  style mavens and beauty brokers do it better than anyone else.  Last night’s 2nd Annual L.A. Fashion Awards which took place at Sunset Gower Studios, Hollywood, CA indelibly stamped its mark onto the Los Angeles landscape heralding the dawn of a new day for trendsetting and chic in a city much in need of a glamour re-make. This town will never be the sam

ers and officially makes it to the Gia On The Move ‘What’s Hot Now’ list of entertainers to watch. During the ceremony Ms. Koffman asked for a moment of silence for recently deceased American costumier, L’Wren Scott.

The awards also officially debuted Koffman’s new company, Endless Entertainment which will be serving (beyond) the Los Angeles region with top-tiered production/promotion events in the fashion entertainment and music arenas.  Phenomenal!

Photo (above) by Tracey Paleo: Mikey Koffman welcomes the crowd at the L.A. Fashion Awards April 5, 2014