Cruzmatik: Our Style Is Our Message 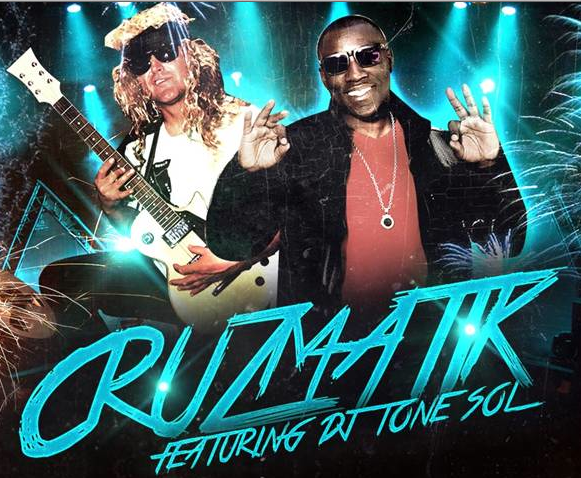 They drove from 6 hours away into Los Angeles to spread the happiness.  We love them for it! 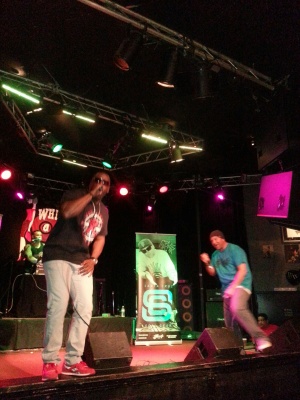 Cruzmatik arrived live at the Whiskey stage (on Sunset) last night with high high energy and a ton of goodwill. Straight up old school un-gansta rap; a collaboration of two veterans from the music world who have come together for the first time to produce a fresh, new sound: a rocking & bobbing mixture of hip hop, rock, reggae, R&B, funk and rap all in one.

And coincidentally, I did, bob and rock, that is (of course I did!). These guys were awesome! And the performance, although a little scratchy & raw vocally, was so boisterous, I couldn’t help but have a blast. Lyrically, nothing but ferocious positivity and totally upbeat sound! FMZ and JWillz are consumate performers who were there for their fans at every moment on the stage.

But here’s the big — well not so secret anymore –about Cruzmatik:

FMZ (Reggie Stephens), is a former player for the New York Giants and the Arena Football League’s Nashville Kats. He gained notoriety in the music industry having worked with the likes of E-40,Bun B, DJ Unk, and Rankin Scroo. Then…recognizing the talent in his long-time friend JWillz (Jason Williams), FMZ encouraged JWillz to join him in the studio and see if they could create some musical magic together. JWillz has been the lead singer of the surf/reggae/rock group Ribsy’s Nickel for 12 years, sharing the stage with bands including Slightly Stoopid, Pepper, The Expendables and more.

Gia On The Move loves them just because they are so far and above cool it’s silly and so much fun! These guys have a sense of humor.  You will want to see more of them and you can — just go to the website for videos, music downloads, tour dates and more.
.
MOTIVATE: They sang this live but the video is a great sound mix. I’ll be putting the live footage on the Gia On The Move video channel over the weekend.