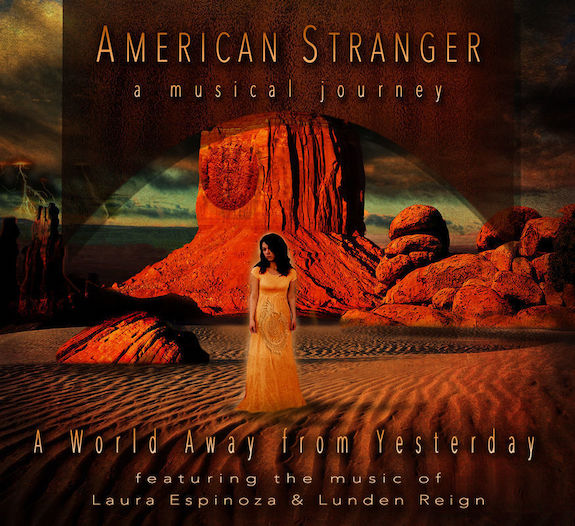 Reviewed by Tracey Paleo, Gia On The Move

They deserve a better story.

Some reviews come with a sigh. This is one of them. I say this with the utmost respect for the writers, composers, cast and crew. Because in their impassioned effort to give a louder voice to Transgenders, what has been delivered so far (this musical has hopes of going to Broadway at some point) is a highly-troped, very broadly written, yet sorely general audience myopia that doesn’t give the LGBTQ+ experience anywhere near the air and breadth it needs. And this community more than any other, right now, considering the frightening and ever-growing (it seems) intolerant cultural divide – deserves far more.

American Stranger is the story of three siblings, two of whom are learning to understand the third who is transitioning from their brother to their sister Mary (Delia Rawdon), a budding painter, and has been both rejected from her immediate social groups and disowned from her parents. Mary has traveled to Los Angeles to start a new life with the help of her sisters.

It’s a more than believable story. In fact, probably one of the more common that many of us experience first-hand or through our family members and friends who are dealing with this enormous life change. Acceptance is hard to come by.

While the music is beautifully written it does tend to rinse and repeat a little too often. The biggest problems are rooted in the writing itself and partially in the direction. Studio C has specific constraints and in a musical production of this type, where more room is definitely needed, it feels cramped, leaving the cast nowhere to go physically. Or at least the director has not figured out a solution to the stagnant stagecraft. There is at times a folksy vibe to this production suddenly studded by a glamorously ‘feeling’ interlude by the lead actress which is genuinely moving and memorably choreographed.

Ms. Rawdon is a bit green in her stage acting but nevertheless turns in a truly delightful presentation followed up by Mindy Milburn (Janet) the ‘other’ Trans woman in the neighborhood, who brings a lot of chutzspa and genuine power with her rather brief appearance that actually brings most of the reality to the surface.

There are some really awesome moments in this play. The cast, composer, writer, musicians and crew are absolutely dedicated to the chronical and cause. But American Stranger needs work.

It’s a good start though and bravo to all involved for taking on the work and life journey ahead for this piece.