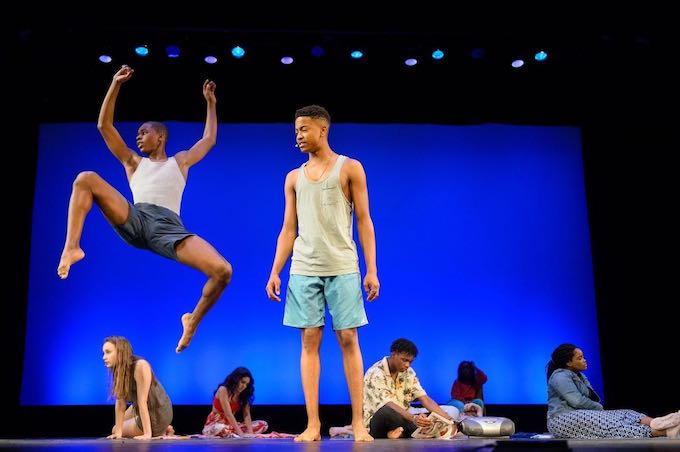 National YoungArts Foundation (YoungArts) today announces tickets on sale for the YoungArts Miami 2019 public performances, alongside details of the organization’s regional programs in Miami, Los Angeles and New York impacting 710 young artists from across the country.

YoungArts regional programs provide a platform for participants to connect, collaborate and learn from their peers. Open to winners from all award levels—Finalist, Honorable Mention and Merit—they take place in Miami, Los Angeles and New York in February, March and April, respectively.

Throughout the week, YoungArts Miami participants, hailing from the southeast region of the country, will also have the opportunity to learn from visual artists Loni Johnson and Robert Chambers, architect and 2019 Jorge M. Pérez Award recipient Chat Travieso (2003 YoungArts Winner in Visual Arts & U.S. Presidential Scholar in the Arts), cinematographer Rick Delgado (1992 YoungArts Winner in Visual Arts), and many others. The exhibition at the YoungArts Gallery will remain on view through April 28. Tickets are on sale now for Miami.

YoungArts Los Angeles | March 26–31, 2019
Presented in partnership with the Center for the Art of Performance at UCLA, this year’s Los Angeles public events will include:

YoungArts New York | April 23–28, 2019
On the heels of the YoungArts New York Gala slated for Tuesday, April 16 at The Metropolitan Museum of Art, the regional program in New York City will kick off in partnership with Baryshnikov Arts Center (BAC). On Saturday, April 27, a dance, jazz, theater and voice performance directed by Jeanine Tesori will be presented at BAC’s Jerome Robbins Theater, followed by a classical music concert and writers’ readings directed by Dave Eggar (1987 YoungArts Winner in Classical Music & U.S. Presidential Scholar in the Arts) and Joan Morgan. An exhibition opening reception will feature works by winners in Design Arts, Photography and Visual Arts; details to follow.

Throughout the week, YoungArts New York participants, hailing from the northeast region of the country, will have the opportunity to learn from Joan Mitchell Fellow and visual artist Yashua Klos, jazz musician Emmet Cohen (2009 YoungArts Winner in Jazz), photographer Lydia Bittner-Baird and screenwriter Shari Carpenter.

About The National YoungArts Foundation
The National YoungArts Foundation (YoungArts) was established in 1981 by Lin and Ted Arison to identify and nurture the most accomplished young artists in the visual, literary, design and performing arts, and assist them at critical junctures in their educational and professional development. Through a wide range of annual programs, performances, and partnerships with some of the nation’s leading cultural institutions, YoungArts aspires to create a strong community of alumni and a platform for a lifetime of encouragement, opportunity and support.

YoungArts’ signature program is an application-based award for emerging artists ages 15–18 or in grades 10–12 from across the United States. Selected through a blind adjudication process, YoungArts winners receive valuable support, including financial awards of up to $10,000, professional development and educational experiences working with renowned mentors—such as Debbie Allen, Mikhail Baryshnikov, Rebecca Walker, Frank Gehry, Jeff Koons, Wynton Marsalis, Salman Rushdie and Carrie Mae Weems—and performance and exhibition opportunities at some of the nation’s leading cultural institutions, including the John F. Kennedy Center for the Performing Arts (Washington, D.C.), The Metropolitan Museum of Art (New York), The Museum of Modern Art (New York) and New World Center (Miami). Additionally, YoungArts winners are eligible for nomination as a U.S. Presidential Scholar in the Arts, one of the nation’s highest honors for high school students who exemplify academic and artistic excellence.