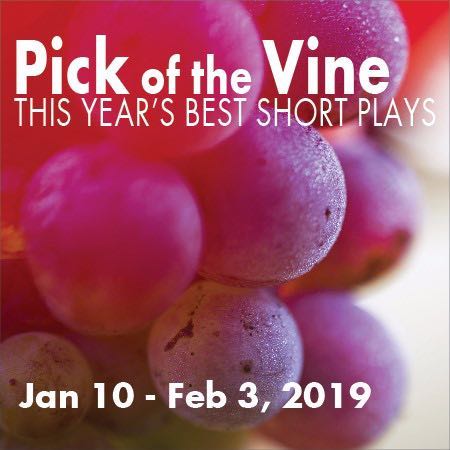 Harvested from over 800 short plays submitted from around the world, Little Fish Theatre uncorks its 17th season of Pick of the Vine on January 10.

The audience and critic favorite is a perfectly blended bouquet of nine short plays where audiences will experience Magic Moments, featuring a mix of new and familiar LFT artists.

With a record number of submissions, the 28-member selection committee had the difficult task of choosing which short plays started with complex layers and ended with a balanced finish. These buttery bottles of Magical Moments unfold with such flavors as: an existential crisis in the frozen foods section; a scale that tells more than your weight; and a time-traveling farmer out for some rabbit-hating revenge.

Returning Pick of the Vine directors includes three LFT Company Members: Richard Perloff (Sea Marks, On the Verge), James Rice (The Good Doctor, Plaza Suite), and Bill Wolski (Best of Pick of the Vine, The Balcony Scene). New to the directing team is Cinthia Nava-Palmer, who has directed in theaters as far-flung as South Korea and designed sound for both LFT and Shakespeare by the Sea.

Founded in 2002 as an artists’ ensemble, Little Fish Theatre presents classic and contemporary plays in an intimate setting on Centre Street in downtown San Pedro.