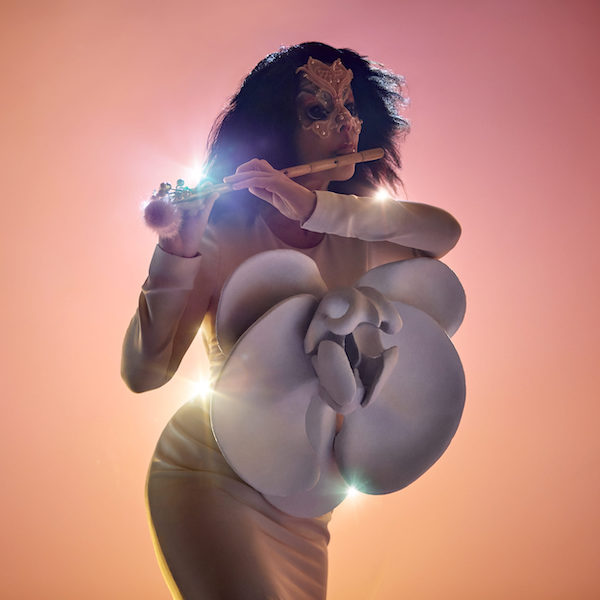 Cornucopia will receive its world premiere at The Shed in spring 2019 as part of its inaugural season (dates to be announced), in its largest space, The McCourt.

“I am very excited to announce that I will be part of The Shed’s opening season in manhattan next spring. this winter I will prepare my most elaborate stage concert yet, where the acoustic and digital will shake hands, encouraged by a bespoke team of collaborators,” said Björk.

“This is Bjork’s first-ever production created with theatrical collaborators,” said Alex Poots. “We are honored and excited to be producing this new work at The Shed.”

Further details and on-sale dates for tickets will be announced later this year.

Committed to nurturing artistic invention and bringing creative experiences to the broadest possible audiences, The Shed, led by Artistic Director and CEO Alex Poots, is a 21st-century space of and for New York City.

About Björk
Björk is a multidisciplinary artist who, time and again, innovates across music, art, fashion, and technology. From writing, arranging, and producing an expansive music catalog, to escapades in virtual reality and digital apps, Björk continues to inspire and experiment, redefining the boundaries of how a musician works.

About Tobias Gremmler
Tobias Gremmler is a media artist who interconnects his work with dance, music, and architecture. His artworks have been exhibited at Ars Electronica, V&A, and shown in theaters around the world. He has taught at universities in Europe, the United States, and Asia, and has published several books on digital design.

About Chloe Lamford
Chloe Lamford is a renowned stage designer, working in theater, opera, music, and installation. She trained in Theatre Design at Wimbledon School of Art and received the Arts Foundation Fellowship for Design for Performance 2013. She is Associate Designer at the Royal Court Theatre, London, and a resident of Somerset House Studios. Chloe recently created The Site at the Royal Court Theatre, a temporary theater space, and installation with five curated plays written in response to provocations and the space itself.

About James Merry
James Merry is a visual artist from the U.K. now based in Iceland, where he has been living and working with Björk since 2009. He has been a frequent collaborator and co-creative director with Björk on visuals, most recently in the role as mask-maker. creating bespoke headpieces for a number of live and video performances. Outside of his work with Björk, he is primarily known for his hand embroidery and has collaborated with institutions such as the V&A, Gucci, ShowStudio, and Opening Ceremony.

Photo (above) by: Warren Du Preez and Nick Thornton Jones