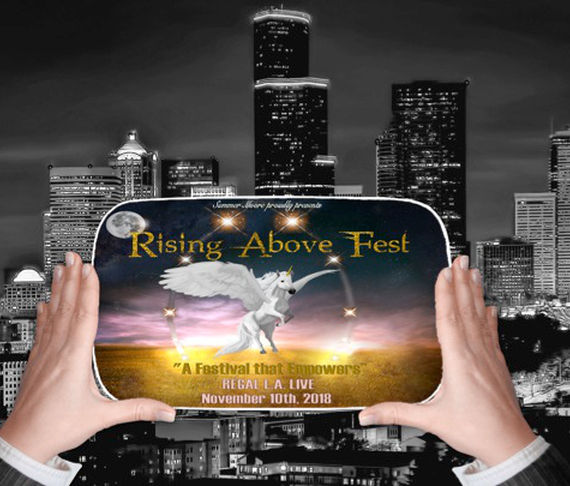 RAF debuted last year with great success & is coming back even bigger & better! RAF is a female centric film festival created to empower women by way of the glamorous industries of: film, TV, fashion, & music. It is the first film festival of its kind to bring together & highlight women of multiple industries. RAF’s goal is to showcase to the world that women deserve equal treatment & that they can accomplish amazing feats when they are supported & thus are ‘Rising Above.’

Founded by Summer Moore, actress/writer/producer, RAF seeks to create a call-to-action on the taboo topics of gender, age, & size inequality. Her motivation to create RAF was her belief that the only way to be successful & happy is to help others rather than focusing on only oneself (a radical mindset from what these industries traditionally have).

Powerful additions added to RAF this year are a celebrity panel: “Being Successful in a Male Driven World: How Women Rise Above,” educational workshops, & a “Women Over 40” submission category. RAF is also partnering with Girl Uplifters Team, a child organization working to impact a change for females in Hollywood, as well teaching girls the importance of self-love.

Notable attendees (more to be added)