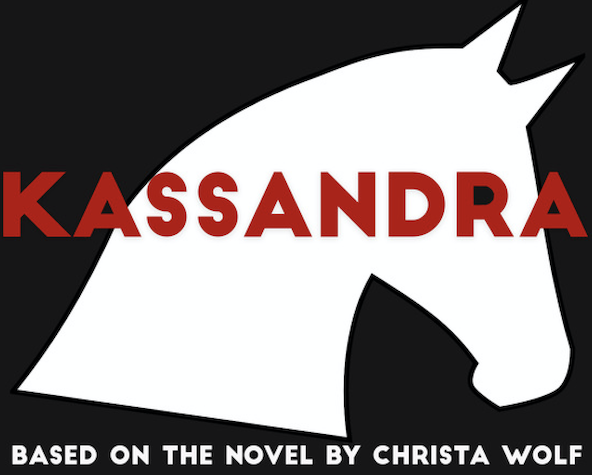 She asked the gods for greatness. But the gods can be cruel. She became the seeress who told the truth, but was not to believed.

On the morning she is to die, King Priam’s favorite daughter, Kassandra, casually sits at her breakfast table, meticulously and ironically recounting her relationships with her father, with Hecuba her unsympathetic mother, and the lies that were kept at Priam’s court over how and why the Trojan War began, continued and ended.  Kassandra, has taken the blame for her foretelling of the future, her independent spirit, her aversion to sex, her desire to serve the gods, embarrassing public fits of vision interpreted as crazy, and ultimately, treason for speaking the truth.

Adapted from the novel by Christa Wolf and set against the backdrop of the mythological story of the Trojan War, Kassandra tells a timeless tale of the struggle between men and women, the will of the masses and the individual, and the destructive force of war, where in the end she chooses autonomy over life.

Absolutely crystal clear and imbued with lush solemnity, actress Morgan Lariah drives this quiet, real-time and occasionally comical narrative to triumph as Kassandra faces her own death willingly with the dignity and satisfaction of choice.