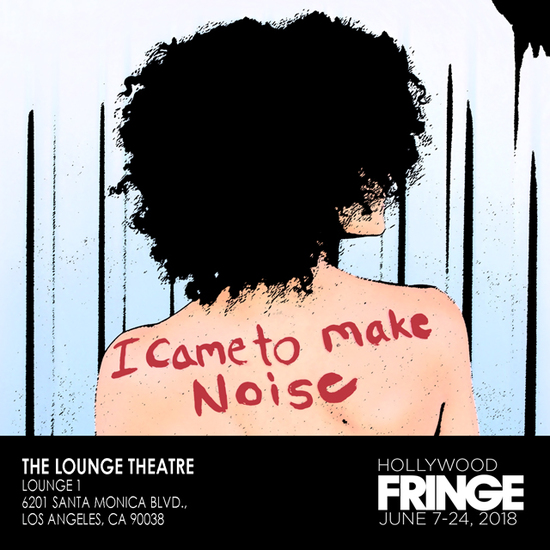 The title isn’t fooling around – this production came to make some NOISE!

A blend of hip-hop, spoken word, live beatboxing and singing, I Came To Make Noise is a Fringe Scholarship-winning production focusing on feminism and modern-day America. Written and directed by Carrie Mikuls, the show features three talented young dancers (Brooke Ivory, Mary Polhemus and Mariya Gordon), a singer with a truly angelic voice (Delante McCreary), and a beatbox artist so amazing he should have his own one-man show (John “Faahz” Merchant).

Merchant’s “noise,” in fact, plays a great part in the beginning in-your-face section. Ivory tries to make positive declarative statements, but her words are drowned out by Merchant’s interrupting noise from much louder speaker system, indicative of society’s drowning out of the voices of women and people of color.

But where I Came To Make Noise really starts to shine is, ironically, in it’s quietest moments toward the second half. An affecting, beautifully directed moment of silence lit only by the devices that pull us away from one another leads to a funky number of connections. It was a great shift from the preceding bombast of energy.