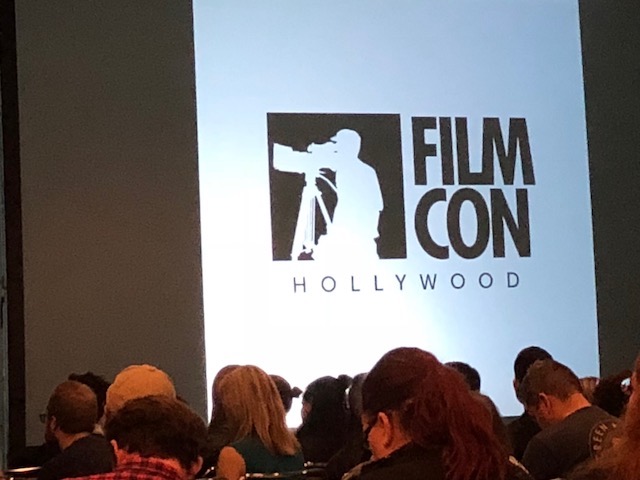 Allen Maldonado, producer, director, actor, and star of ABC’s Black-ish and Netflix’s The Last O.G., began the day with the first:

Branding was a huge subject throughout the day for this reason – knowing what makes your work unique and understanding how to turn it into a personal brand to be sold.

Richard Botto instilled the second and perhaps the most important of the core messages:

#2 – “It’s all about building relationships.”

‘It’s who you know’ is almost a cliché phrase in Hollywood.  But that doesn’t make it any less true. Networking and meeting people is a major key to success.  But all of the panelists echoed the same sentiment – that networking is about being interested in other people and giving yourself value in being someone people would want to work with, rather than simply pushing an agenda.

Creating original content and not waiting for someone to bring you a project was another topic mentioned throughout the day.

“You can’t sit at home and expect things to happen.”

With the accessibility of equipment, there’s no reason artists shouldn’t be creating original work constantly, refining their art and being the best storytellers they can be. At the same time, being true to yourself.  Your art is key.

At it’s heart, Film Con Hollywood was a place to get reinvigorated. Staying grounded and realistic about how to stay true to yourself.  And adapting to the realities of an ever-changing business.