Loft’s ‘Romeo and Juliet’ Isn’t Easy, But It Speaks Truth To Younger Ears 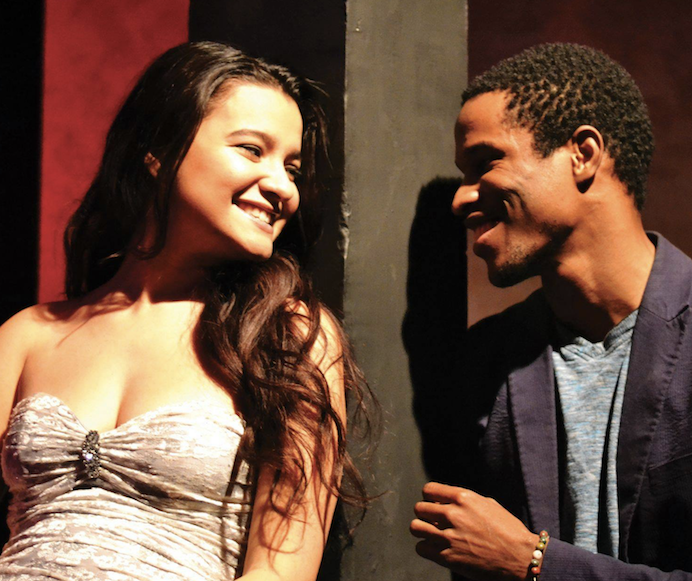 If you’re looking for anything close to traditional Shakespearean ideal, revolutionary casting or enthralling word skill, you won’t find it in Loft Ensemble‘s Romeo & Juliet. What’s on offer isn’t always easy to sit through. However, as its own unique entity, Loft’s R&J, speaks loud and clear to millennial’s and in their own language.

Anticipating the kind of fare one might find at other regularly producing classical theater companies around town, will disappoint, and you’ll most definitely be doing a disservice to yourself and to this production. As a purist your first reaction might be to dismiss the clumsiness, the band-aided emotions, the lack of enunciation. In fact, it took a while to get past all that.

And let’s face it, the expectation of Romeo & Juliet, as in all other Shakespeare, is that it is a language play. If you’re going to do it, attention really needs to be paid to this critical detail. Otherwise, it might be more prudent to do something else.

This production is fraught with many instances where dialog can barely be deciphered. And yet, there is the realization that, in its lack of skill, Loft’s R&J still resonates with younger audiences on an unmistakable visceral level. And that is where it succeeds.

Loft’s version of Romeo & Juliet is a story of love conquering hate, and the tremendous loss that occurs when people become deaf and blind to the feelings of others. As a psuedo-cultural commentary it highlights personalities and characterizations of the current generation, digging into the limited access-pass of millennial mentalities, tastes and body language.

Director Stephen Rockwell’s interpretation of the wealthy Capulets, led by their stern patriarch, as staunch conservatives, and the Montagues, embodied in the figure of Mercutio, as avid liberals, is politically light, as is the stage direction and juvenile sexuality.

But the deliveries of both Romeo and Juliet by actors Jefferson Reid and April Morrow respectively, were subtly stunning in their urban psyche and teen driven empathy, notwithstanding either actor’s lack of proficiency with the material. These are really just two naive and genuinely decent, modern teens trying to survive an environment totally out of their control.

The only real compassion is from Friar Lawrence played beautifully by Raymond Donahey and the Nurse, wonderfully embellished by Bree Pavey.  These caregivers are the only two people in Romeo or Juliet’s respective purview, attempting to create balance in a world violently grounded in extreme.

A bit Silly, but overall, Sweet.

One thought on “Loft’s ‘Romeo and Juliet’ Isn’t Easy, But It Speaks Truth To Younger Ears”