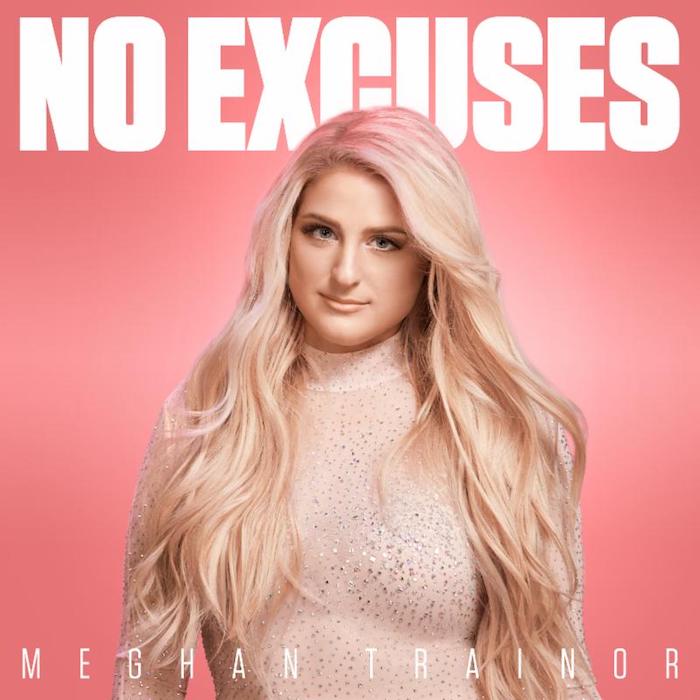 GRAMMY® Award-winning singer, songwriter, and multi-instrumentalist Meghan Trainor returns today with her brand new single No Excuses, available worldwide.  It’s the first glimpse of what’s in store from her third full-length offering and one of the year’s most anticipated blockbuster releases-coming soon.

Get it HERE now via Epic Records!

Trainor wrote No Excuses with songwriter JKash and Andrew Wells. The song is produced by Andrew Wells with additional production by the artist herself. The single tempers swaggering bass lines, bright guitars, and widescreen synths with an instantly infectious call-and-response. The boisterous production underscores a deeper message encoded in the hook, “Your mama raised you better than that.”

“I love how so many women are standing up for what’s right,” says Trainor. “I wanted to write us all a powerful anthem. Sometimes, people talk down to me, because I’ve only been doing this for four years, so I wrote this song. It’s my modern version of ‘R-E-S-P-E-C-T.’ It’s all about equality and being kind.” 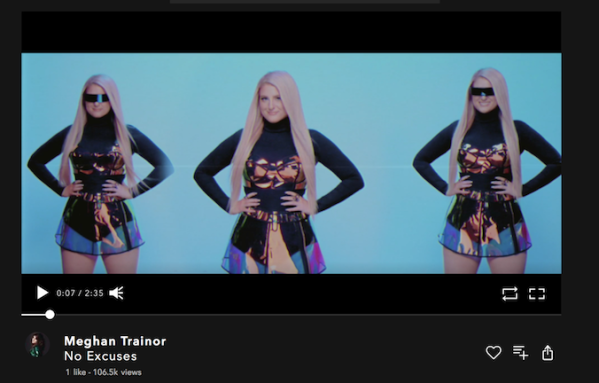 No Excuses by Meghan Trainor on VEVO.

If happiness had a soundtrack, it would be this album. Trainor triumphantly emerged from a terrifying second vocal cord surgery, four months without speaking, and debilitating anxiety into a fiery and focused force of nature. Empowering herself through self-love and care, she bottles that energy within new music. Recorded primarily with producer Wells, it would be a family affair. On every anthem, she enlisted a choir-comprised of her mom, dad, brothers, and fiancé-to add backing vocals. It’s undoubtedly her biggest, brightest, and best body of work to date.