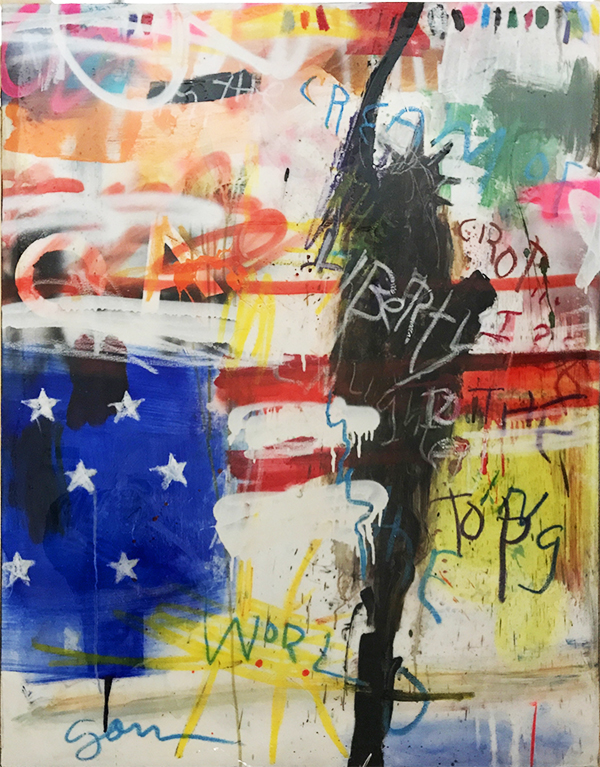 The Lurie Gallery in collaboration with Platform44 is exhibiting Michael Gorman’s long awaited one-man show, Ballerinas and Cowboys, in its newest location in Beverly Hills. The exhibition opening is Saturday August 12th from 6 – 10pm and will continue until Saturday August 26th. 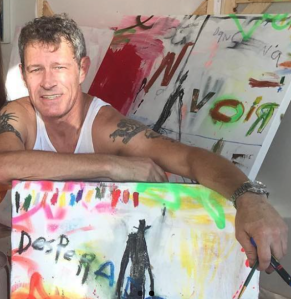 Michael’s flare for the nostalgic references the old Sergio Leone spaghetti westerns and classic ballet poses. The newest paintings shout out with vibrant colors and social nuances. The cowboys on their bronking horses and dark gun slingers poised in classical Leone film depict a bygone Western era. A mixture of graffiti and street elements are merged into a narrative on most of his new works. The ballerinas and cowboys seem to glide across his canvases into a sea of rainbow colors. Michael’s sister, who is recognized as a world-renowned ballerina on the New York stage, greatly influenced Michael to idealize the ballet. Painted works on paper large and small are featured in this exhibition, bringing Michael back to his original dealers from 1994 to 2012.

Michael will be creating a painting live for St. Jude’s Children’s Hospital at Platform44 from 4 – 6 pm the night of the opening.