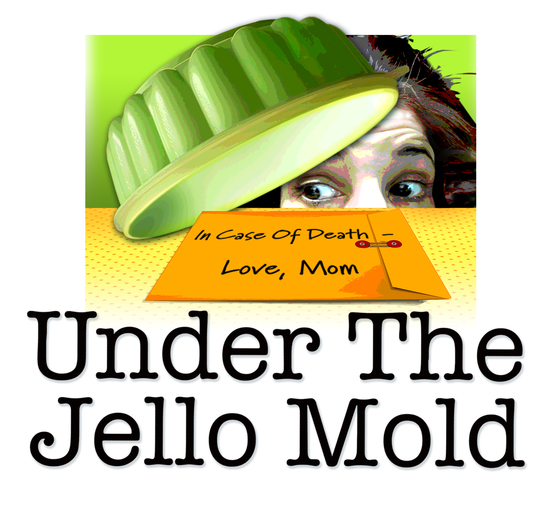 It’s something one could imagine coming out of the mouth of Under The Jello Mold actress Jennie Fahn’s mom, whose ever caustic yet hilarious persona would hardly seem embellished by the quote.

The one-woman comedy starring Fahn, directed by Fringe veteran Tom Cavanaugh captures, in infamy, nearly everyone in the world’s idea of the almost the Seinfeld version of mother/daughter relationships.  It’s exasperating and often painful and embarrassing for they who are living through them, and laughably mouth-gaping for the rest of the world to witness. I mean, who could live like that right?  The nagging about the tiniest details for no apparent reason, the oversharing that makes the simplest directions overly complicated, the flirting with every remotely good looking guy including the E.R. doctor while on a stretcher, the dolling up even when not leaving the house , the bragging – you know, that story she’s told a million and a half times like it’s the first, the upbraiding – in Jennie’s case – from how she cooks her beans to how she puts on her child’s socks to practically the unsaid notion of not erecting a shrine to the woman whose genius has raised the entire household to greatness. (sigh)

If you have this mother, you would know.  If you don’t, well, this is the show that will imprint your eyes, your imagination, and mostly your heart, in the most loving, humorous way.

Jennie has been growing up with a monstrously insane mother, a former dancer and New York City ad woman, who is divinely glamorous, incredibly outspoken, and knows how to get what she wants if she has to bully or guilt you into it, without remorse or shame.

When mom has one of her routine breakdowns and is hospitalized in the crazy ward, Jennie is ready to leave her there, but, for a shocking impromtu revelation about her mother’s life.

Fahn’s story is deeply moving as it is funny. Her priceless characterizations of her mother, father and everyone else passing through this tale are endowed with so much detail and love. The fantasies, the secrets, the fights, the instructions ‘in case of death’ … what Fahn ends up with is a bigger revelation about them both than the one she’s handed.

3 thoughts on “Gia #HFF17 Under The Jello Mold Review”