Urban Outfitters just announced the global launch of Gaga*UO*Joanne, a 10-piece, UO-exclusive collection of men’s and women’s apparel and accessories releasing ahead of the Lady Gaga 2017 Joanne World Tour. The collection will launch on May 19th at all North American stores at 5 PM in each store’s respective time zone, followed by a digital launch on UO’s North American sites on May 22nd. 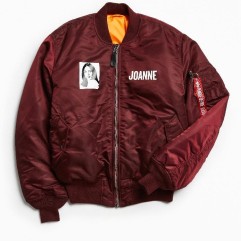 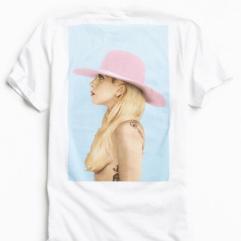 A UO Exclusive, florescent pink vinyl of Lady Gaga’s 2016 album, Joanne (Interscope Records) will also be released on May 19th in a limited run of 2000 copies.

To celebrate the launch of the collection in stores, UO will hold events at UO Herald Square in New York and UO Melrose in Los Angeles on May 19th from 5 – 7 PM. The events will be open to the public and will feature a chance for attendees to win signed merch by Lady Gaga, as well as, tickets to Lady Gaga’s upcoming Joanne concert in LA or NY.