International Queen of Burlesque, Dita Von Teese, is set to bring audiences an opulent evening of glamour and seduction in her critically acclaimed, The Art of the Teese which kicks off July 6th in San Diego, CA.

“I’m proud to bring together a show-stopping, diverse cast of the crème de la crème of modern burlesque stars that elate and inspire! The Art of the Teese is an opulent and riotous spectacle that is not to be missed!”

The decadent spectacle treats audiences to four of Von Teese’s most exhilarating performances, including a brand new version of her iconic Martini Glass routine which features a beautiful new champagne glass, crystalized from top to bottom with over 250,000 Swarovski crystals. She will also be debuting a brand new costume for the routine featuring her recently added male dancers. Each show throughout the tour will showcase the stunning visuals of the exclusive acts that have made Von Teese the consummate performer in modern Burlesque, captivating the imagination and transporting audiences worldwide.

This leg of the tour brings new acts never before seen in the United States including Lazy, an act only ever performed at The Crazy Horse Paris (including new costuming from British designer, Jenny Packham), an all-new ballet-themed act Swan Lake Stripteese, plus a revitalization of her show-stopping Cowgirl Act with her sexy male Vontourage.

The Burlesque Superheroine (Vanity Fair) will be joined on stage by an eclectic supporting cast of today’s brightest stars of Burlesque. 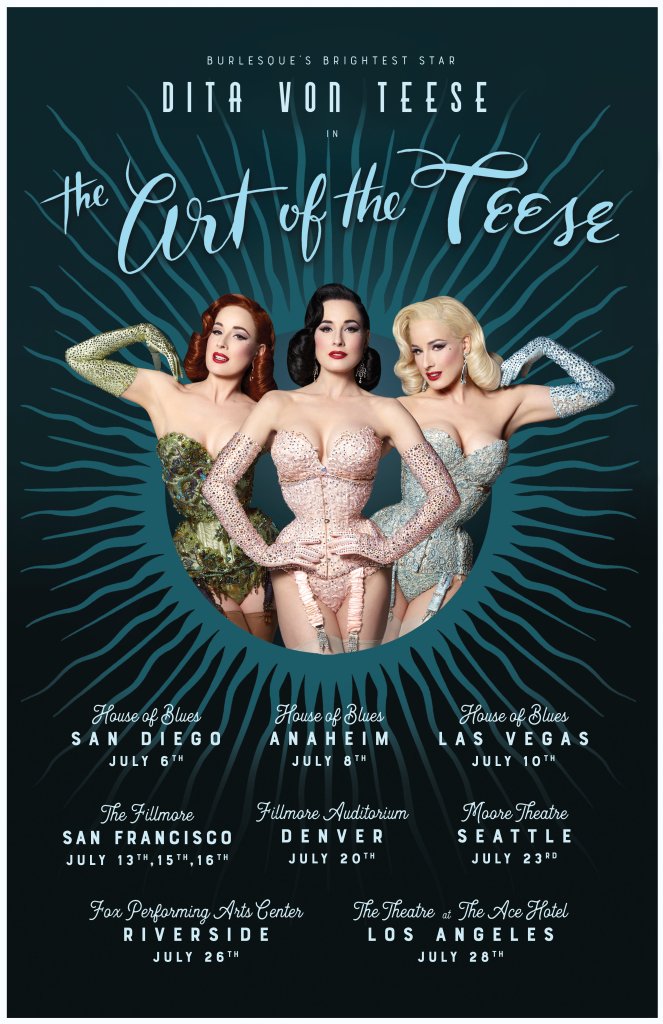