‘It’s Not Complicated’ : Jesse Eisenberg’s ‘The Revisionist’ at the Wallis Annenberg 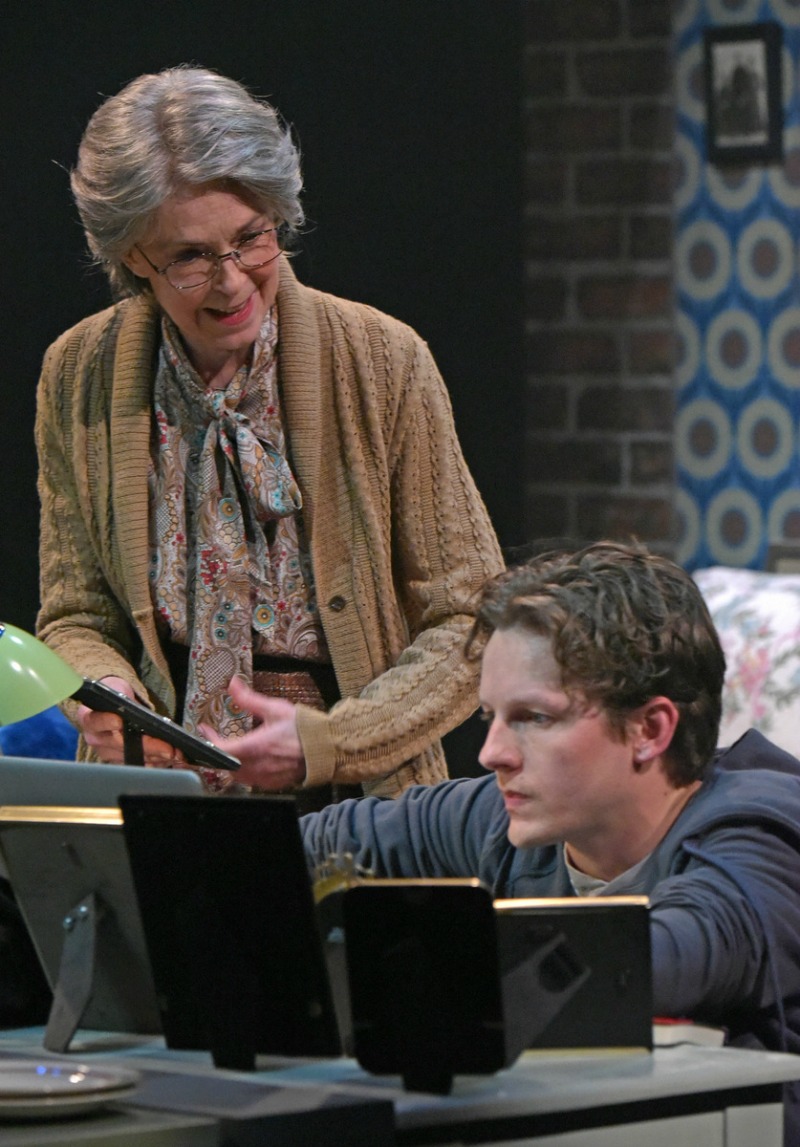 As part of the forward for the world premiere of Jesse Eisenberg’s (The Social Network), The Revisionist, now playing at The Wallis Annenberg Center for the Performing Arts, Tony, Oscar and Pulitzer Prize-winning American playwright , John Patrick Shanley wrote this:

“We are living in sterile times. We are losing the ability to BE with other people. Individuals are now losing their connection to humanness itself.  The extraordinary onslaught of virtual communication and social media has allowed us to cultivate something unhealthy in our psyches: the desire NOT to be touched.”

While it’s possible that some audiences will identify with Shanley’s statement, to say that those among us most afflicted by this modern ‘malaise’, a thing labeled as a kind of ‘narcissism’,  will be able to recognize themselves in this production any more than they would in real life, might be more than a stretch.  That is, if The Revisionist is any reflection of the present-day…which sadly…it is.

Directed by Robin Larsen (Uncle Vanya, A Delicate Balance), The Revisionist, highlights the 5-day writing stay-cation of a disconnected, self-centered yet also highly self-deprecating David, while butted up against his elder Polish cousin Maria, played by a spot on Deanna Dunagan, an opinionated, tough, yet very isolated survivor of the Holocaust.  David has come to ignore the world in order to focus on revising his latest book under the guise of a visit.  It quickly becomes apparent to Maria, that his quest for solace means, shutting her out as well.  Their very abrupt and cold beginning sparks the question as to why David would even choose to go there when he could have just sought out a hotel.  For Maria, it’s like turning on the stove at low temps for an eventual violent boil.

They continuously clash.  Maria wants connection and familiarity.  David wants segregation and to remain unaffected by the ‘feelings’ and ‘intimacy’ he doesn’t, nor wants to understand with Maria or anyone else.  But as the days  move on, Maria persists and David is forced to intermittently come of his out own universe and deal with her as well as a simple-minded Taxi-driver friend and helper, Zenon –  for a kerflooey end.

The entire play is an essay on frustration and all three characters seem to be forever stuck in their own corners.  And while it might seem initially easy to dismiss the conversation struck by Eisenberg’s writing as not particularly new, combined with Larsen’s direction The Revisionist‘s generational exactitude highlights the profoundly frightening person to person isolation of our time.

Actor Seamus Mulcahy delivers a rather spot on David – mercilessly selfish but occasionally sensitive on par with Deanna Dunagan’s relentlessly needy and highly volatile Maria.  Ilia Volok utterly captures Zenon, culturally and hilariously making this character much more of a focal point that it might normally be.

One thought on “‘It’s Not Complicated’ : Jesse Eisenberg’s ‘The Revisionist’ at the Wallis Annenberg”