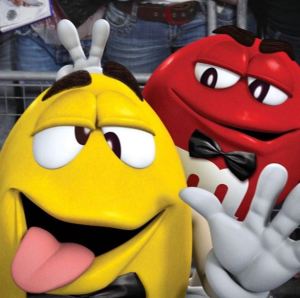 Since March 3, 1941,  fans  have been making M&M’S the most popular chocolate candies on earth. To celebrate their anniversary, M&M’S is bringing the celebration to their fans – all year long.

Fans can get in on the action by following the #CelebratewithM hashtag and M&M’S social media pages for epic birthday surprises, exclusive access to one-of-a-kind experiences, the ability to determine the next M&M’S flavor to hit store shelves and more.

Want to know about the history of M&Ms?  Check out the timeline here.

The celebration kicked off on February 29th with the release of “Candyman,” a modern remake of Sammy Davis Jr.’s The Candy Man song (1972) featuring multi-platinum, Grammy® award winning artist Zedd and Grammy® nominated musician and songwriter Aloe Blacc in partnership with M&M’S.

In addition to the release of “Candyman,” the M&M’S Brand will launch: