L.A. Shows Its “Skin”: A Conversation about Race & Identity

The City of Los Angeles Department of Cultural Affairs’ (DCA) Los Angeles Municipal Art Gallery (LAMAG) is pleased to present a trailblazing exhibition SKIN, which will take place at the famed Barnsdall Art Park, one of LA’s most dynamic cultural destinations and the country’s last remaining municipal art gallery.

On view from February 7 through April 17, 2016, this timely and topical exhibition examines the work of 36 contemporary artists, including Kara Walker, Ken Gonzales-Day and Ben Caldwell, who are inspiring dialogue about race and identity, while challenging the very definitions. Through its thoughtful and thought-provoking content, SKIN utilizes art as a vehicle to bring this important conversation to the fore.

Under the curatorial direction of Art Center Director Isabelle Lutterodt, the presentation addresses issues that have been increasingly prominent since President Obama’s election, which is symbolic of both strides in race relations, as well as ruptures in the “skin” that binds us. During the last year, racially charged events in Ferguson, Baltimore, Cleveland, Chicago, New York City, Prairie View, Charleston, Oakland, and Southern California have also revealed chasms in the issues of race and identity and have subsequently, become a growing part of the national dialogue. Artists in Los Angeles and throughout the country have been galvanized by these events, inspiring new works, many of which are showcased in SKIN. 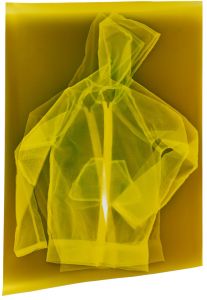 Saturday, March 19, 2–5 PM
Just Say It – A workshop that explores the craft of personal storytelling.

Saturday, March 19, 6–8 PM
Saying It – An evening of spoken word and performances with special guests Derrick Maddox and Linda Ravenswood. $5

Tuesday, March 29, 7-9pm
Los Angeles as a Sustainable City – A conversation exploring the role that art and cultural workers can take or serve in developing Los Angeles as a “sustainable city.” Moderated by Anuradha Vikram, Director of Residency Programs at 18th Street Arts Center.

Photos provided by Blink Creative from the LAMAG org.