Similarly, the largest group of collectors and the highest sales on the international auction blocks has consistently included historic and representational pieces.

In the spring of 2015, Christie’s reported its first ever $1 billion week of sales, composed primarily of postwar and 20thcentury works, illustrating that not only will historic and traditional pieces will always have a market, that market is growing in value.

With a focus on historic and traditional contemporary works, the Los Angeles Fine Art Show provides a dedicated experience for collectors of traditional works, from paintings, to sculpture and works on paper.

Complementing the historic works, the Los Angeles Fine Art Show will present a select group of contemporary artists that have worked in, and continue to explore traditional genres and regional styles.

The Los Angeles Fine Art Show takes place in conjunction with the LA Art Show, which welcomed more than  60,000 art enthusiasts to the Los Angeles Convention Center at its 20th Anniversary event in 2015.

Founded in 1994, the LA Art Show is the region’s longest running platform for fine art, bringing in more than 120 galleries representing 22 countries. 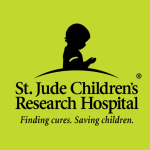