Cathy to the Rescue! 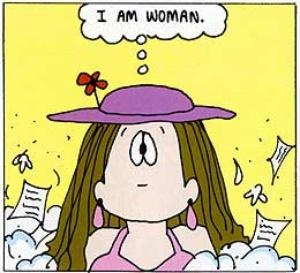 With one final “Ack” beloved comic strip character Cathy (originally authored by cartoonist Cathy Guisewite) said goodbye to her readers on October 3, 2010, after 34 years of struggling through the ups and downs of food, love, family and work – the four basic guilt groups of the modern women.

Writer/Producer Susan Sassi, however, thinks Cathy is more relevant than ever and has created Cathy in Real Life, a live action parody of the Cathy comic strip which explores the changing definition of feminism in a comical way. 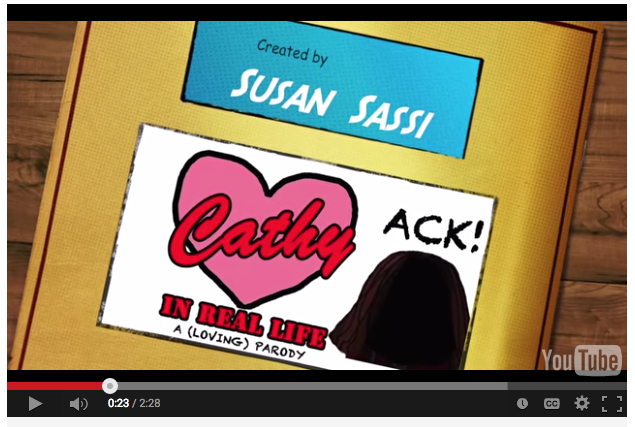 Susan wanted to develop a lighthearted film project that had more parts for women as well as showcase different opinions of what should and shouldn’t be empowering to women.

It is fun and important. And “the more people see women protagonists [in film], the more they can re-train themselves to relate to women.”  It’s that simple!

Yep! It’s an indie-go-go.  So as part of our Los Angeles Femme writers/directors/producers community, we’ve decided to support this truly super cool project and hope you will too.

They need to raise $2650 in 32 days to cover all the costs.  And there are some delicious retail therapy perks involved.