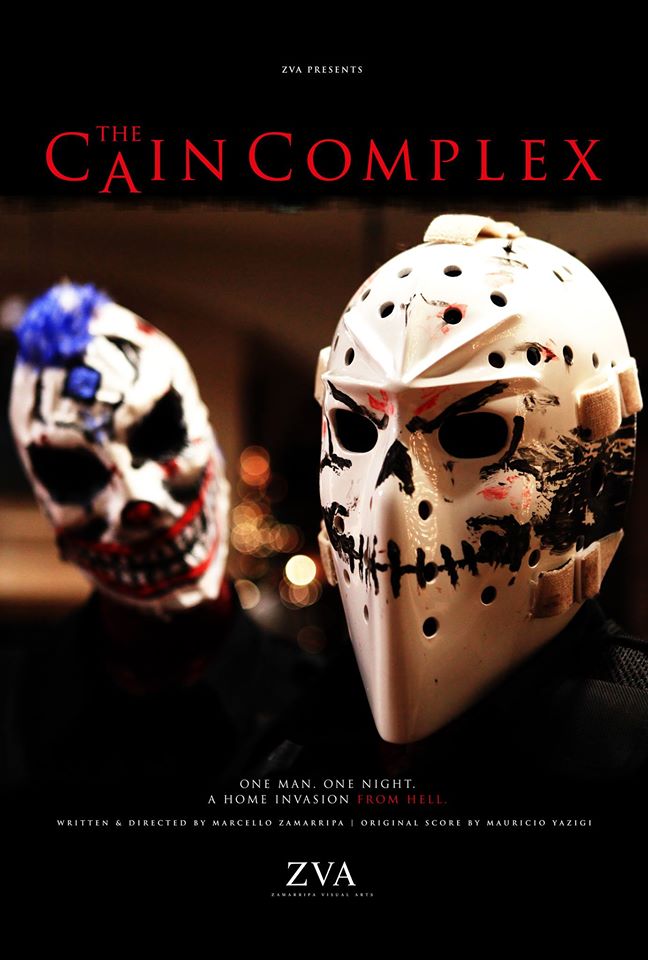 The Cain Complex tells the story of a man who suffers from PTSD and is prone to hallucinations.  He is alone when his home is invaded by four heavily-armed, masked men.  With his wife and children due back within hours, this all makes for one hellish night of mental and physical combat.  Nightmare and reality only become certain when it may be too late.

The June 12 Friday 8:45 screening will be preceded by a Red Carpet at 7:45 and followed after the screening by a short Q&A with the filmmakers.

At Arena Cinema Hollywood, 1625 N. Las Palmas Blvd., Los Angeles, CA 90028. Discounted parking is available with validation at lots adjacent to the venue and across the street.