Imagining Brad at Theatre Asylum Has Been Extended. Here’s why you should go: 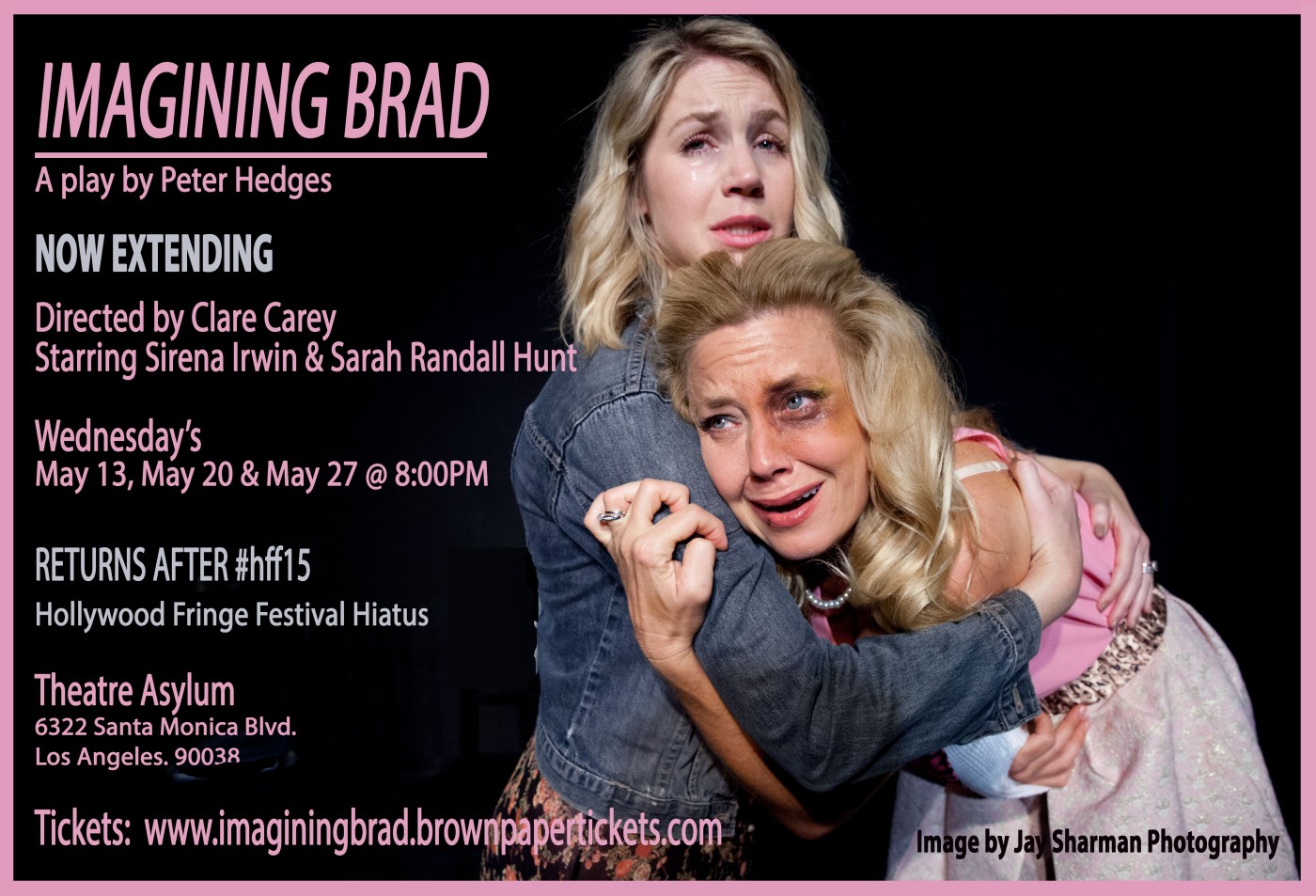 Additionally, IMAGINING BRAD  will continue its TALK BACK EVENT SCHEDULE for the ongoing performances

Each evening will include a talk-back promptly after the show in which distinguished guests – some involved in helping victims of domestic abuse rebuild their lives and some that have incorporated their own experience with abuse into their art – writers, comedians, poets, filmmakers, musicians, etc. Our hope is that a vibrant conversation will take place amongst the panelists giving us a bit more information on the facts and figures as well as a mission that we can each go forth with to insite change at a personal level. Of course, there will be time allowed for questions from the audience.  The strength of the human spirit to survive and thrive will astound.

Your attendance and support helps these organizations!:

The production will take a brief hiatus for Hollywood Fringe Festival then reopen on Thursday, July 9 at Theatre Asylum (6322 Santa Monica Blvd. Hollywood, CA 90038) and run Thursday, Friday and Saturday’s at 8 pm through July 25, 2015. 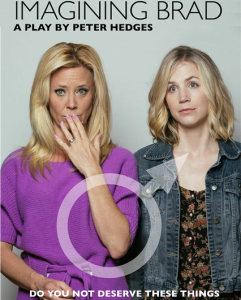 Peter Hedges is a novelist, playwright, filmmaker, and director best known for his novel and screenplay What’s Eating Gilbert Grape, Pieces of April, The Odd Life of Timothy Green, and Dan in Real Life, and received an Academy Award nomination for Best Adapted Screenplay for About a Boy.

Sirena Irwin (playing Dana Sue Kaye) originated the role of Lucy Ricardo in the touring production of I Love Lucy Live On Stage, which garnered her numerous awards (500+ performances). She has also been recurring on SpongeBob Square Pants since 1999 (100+episodes as well as both movies).

Sarah Randall Hunt (playing Brad’s Wife) is most known for her work on film in Unfinished Business (with Vince Vaughn), Chronic (with Tim Roth), and on stage in Machinal, Boeing Boeing, and sings with the folk rock band, A Band Called Honalee.

Clare Carey (Director), is a hard working actress whose credits go back three decades.  She has a juicy recurring role in the upcoming NBC Drama Aquarius, starring David Duchovny. Clare got her start  starring in the hit series Coach and more recently she was a regular on Starz’ series Crash, with Dennis Hopper, the Fox series Point Pleasant, ABC Family’s So Little Time. She has had recurring roles on Jericho, NCIS, Chuck, and Medical Investigation, and many memorable guest star roles including CSI, Revenge, Major Crimes, House MD, Weeds, Without a Trace, ER,  and Grey’s Anatomy. Clare has directed  short films including The Hardest Part and Girl Power Parking Lot as well as the critically acclaimed original kids musical, Princess Bean’s Messy World at the Electric Lodge.