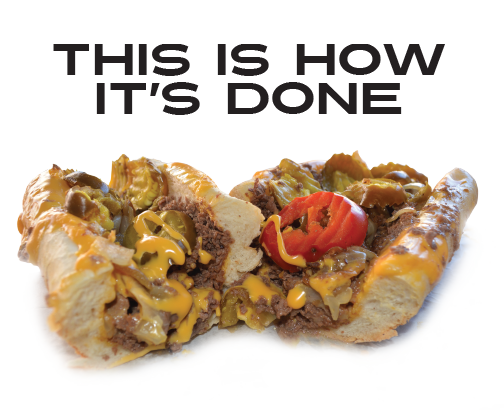 The Philly Cheesesteak is a civic icon, tourist draw and cultural obsession! You could easily make a mess of things when ordering the city of brotherly love’s most treasured food.  So if you don’t want to be a total tourist about it heed the advice of the locals in these two videos sent to us by VISIT PHILADELPHIA® and UWISHUKNEWPHILADELPHIA Learn the art and lingo before you get in line for this flavorful sandwich in four simple steps.  The easy part: eat and enjoy.

Ordering a Philly Cheesesteak is serious business. Know what you want before you get to the counter and be quick about it!

Cheez Whiz with fried onions–that’s a Whiz With.

Provolone without fried onions ask for a Provolone Without.

How To Order A Philly Cheesesteak:

Best Places To Find A Cheesesteak:

Nearly every pizza shop on any corner of every neighborhood in the city serves up the mouth-watering delicacy. Here are a few notable Center City and South Philadelphia spots, many of which are featured in the two videos: