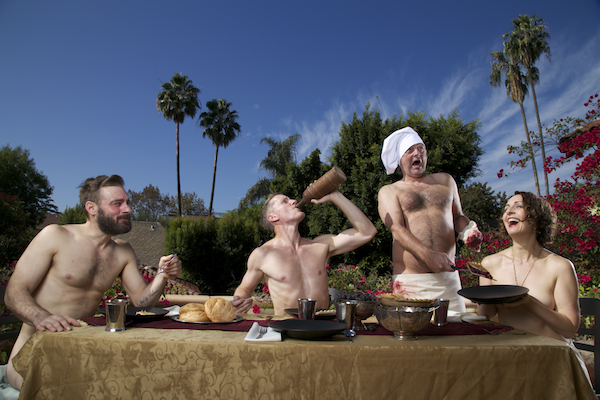 Thoroughly risque, but no private parts (we weep) Rogue Machine Theatre Los Angeles is pulling out all the stops and apparently all of its clothes OFF in order to raise money for the company.  All of the proceeds in this “totally-better-than-a-Kickstarter” campaign will go towards new lighting and sound equipment for the non-profit theatre company.

The 2015 calendar is called The Bard Laid Bare by Rogue Machine Theatre, featuring notable deaths and battles from Shakespeare’s greatest plays, as portrayed by nude associates of Rogue Machine. 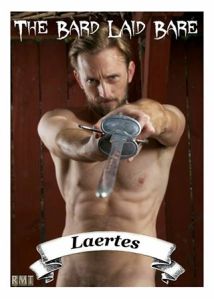 .“I’m not a huge fan of taking my clothes off for strangers. In fact, this is a first. I did this because Rogue Machine has shown me time and time again that diving off the edge without knowing what is on the other side is truly the most ambitious and rewarding way to tell stories.” -Justin Okin, Brutus in Julius Caesar

(Really dude? Cause, we’re just fine with that!)

“I’ve been raising money for Rogue Machine since its inception. Pose for the nude calendar? With a body like this at 66, it takes very little encouragement to get me naked.” -Penny Orloff, The Witches in Macbeth

“I agreed to do this calendar because what better way to make it in Hollywood than to show a little skin.” – Burt Grinstead, Hamlet in Hamlet.

(Burt’s got the right idea!  Can we get that in person too? lol )