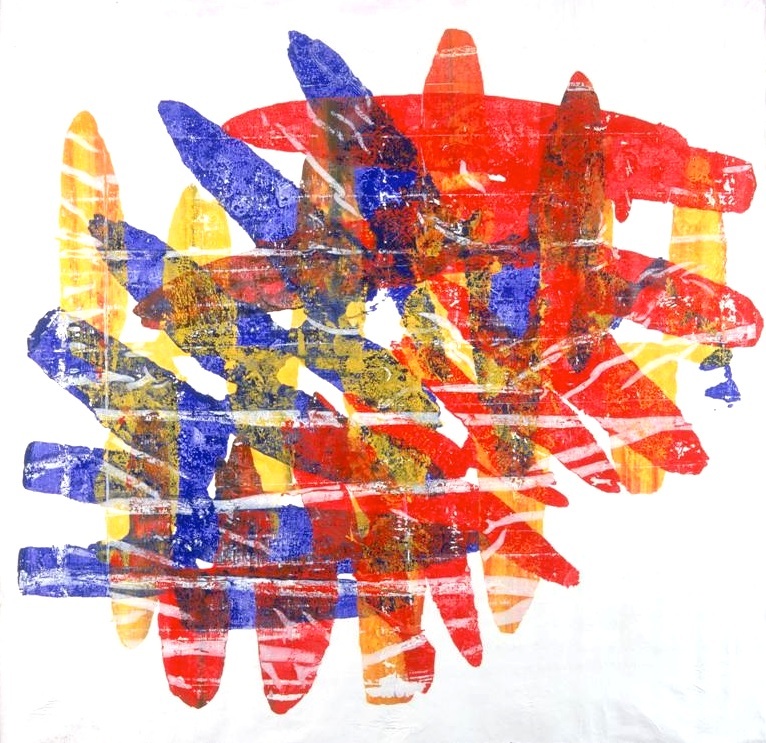 Rediscovered Masters, the organization dedicated to identifying largely under recognized late-career artists with historically significant oeuvres and raising institutional, academic and public awareness about their works, is pleased to announce its first art fair exhibition at the 20th Anniversary edition of the LA Art Show.

The exhibition will inaugurate Rediscovered Masters‘ new program of curating solo presentations of carefully selected artists at major international art fairs with a surprising new addition to the history of American art: the Cuatrecasas Discovery. From January 14th through the 18th, 2015, the art world will have its first opportunity to attend the unveiling of Cuatrecasas’ extraordinary lost collection at the Los Angeles Convention Center.

This story of the Cuatrecasas Discovery begins with the artist’s death in 2004. While his younger brother was cleaning out the artist’s apartment in Barcelona, he discovered an old invoice for a lease at an art storage facility in Washington D.C. In Cuatrecasas’ brother’s visit to that storage facility, he discovered his brother’s large collection of lost paintings, all of which had been perfectly preserved for the past four decades.

Falk reiterates the significance of this exhibition, stating:

Here was a genius of single-minded pursuit who created his own unique style and found great critical acclaim in Washington. Then he suddenly slipped from sight. Now his collection presents a new and compelling chapter in art history, shared by America and Spain.

The Cuatrecasas Discovery also reveals a tragic side to the artist’s history. Cuatrecasas had found early success in the nation’s capital — including a solo exhibition at the Corcoran Gallery of Art in 1964 — only to depart shortly thereafter for Spain, never to return to Washington, D.C. In the summer of 1976, the artist was scheduled to premier a new series of paintings at the Contemporary Arts Museum of Houston, but in June the city was suddenly hit with the worst flooding disaster in regional history. The flood resulted in damage to all of Cuatrecasas canvases stored in the museum’s basement — many damaged beyond repair. As a result, just two weeks before the artist’s exhibition of a lifetime was to open, it was cancelled. Cuatrecasas returned to Spain despondent. He never painted again, and his life after the cancelled exhibition followed a devastating series of health events that began with alcoholism, followed by tuberculosis, and ended with cancer.

Although his health deteriorated, the artist did take great care of his undamaged paintings, rolling the canvases up and placing them in storage. Now 40 years later, canvases from Cuatrecasas’ Torino Collection, named for the Italian city in which the artist painted from 1970 to 1976, will be on on exhibition at the LA Art Show.

The solo exhibition of Cuatrecasas’ Torino Collection is curated by Peter Hastings Falk, Founder and Chief Curator of Rediscovered Masters. Cuatrecasas was selected by Rediscovered Masters intensive Art Advisory Board review for his significant contributions to the Washington Color School through the 1960s and unique approach in the 1970s. Falk points to colleagues and friends of Cuatrecasas, Morris Louis and Kenneth Noland, who have both been enshrined in the school of great American Color Field painters, a movement that paralleled Abstract Expressionism in New York. More recently, other members such as Gene Davis and Tom Downing have each enjoyed a critical reassessment of their works through museum exhibitions. Unfortunately, until now, no one was ever aware that the compelling collection of one of their comrades lay forgotten and buried in a storage facility in Washington, D.C.

About the Artist
Born in 1935, Gil Cuatrecasas grew up in the United States after escaping Spain with his family during the brutal Franco regime. Cuatrecasas received his undergraduate degree in fine art from Harvard in 1957 and that same year attended the Yale University School of Art to study under Josef Albers. After a promising start as a member of the Washington Color School he returned to Spain, developing a complex technique to arrive at his own unique style. After being lauded by many major collectors and curators he returned to the United States for a solo exhibition at the Contemporary Arts Museum of Houston, but a series of tragedies ensured his collection remained buried for forty years. Thankfully, the paintings of this brilliant colorist have come to light for the first time in the United States after the artist’s death in 2004.