The Rumer Has It at The Rockwell Table & Stage! 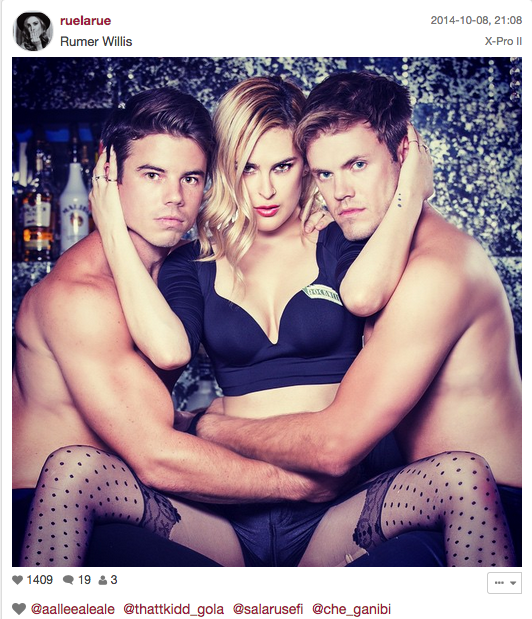 She’s got her mother’s prettiness but she’s all sex appeal and swag like her famous dad (Bruce).  And with all of that Rumer Willis still manages to simply be herself.  She’s lovely.  She’s also 100% edge without any of the roughness. 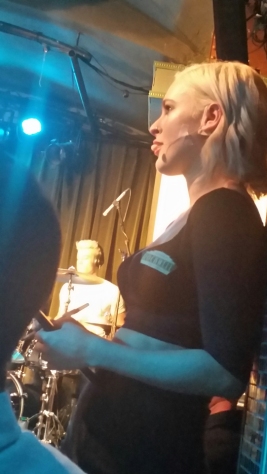 Los Feliz 90027,  written and directed by Jake Wilson (You Must Be Joking and Battery’s Down) blasted off it’s world premiere, Episode 1, last night,  at the Rockwell Table & Stage on Vermont Ave. (Los Feliz, CA) with a full house and a high energy crowd of supporters including none other than Demi Moore who sat in full view awaiting her daughter’s debut.

A mixture of alternating live stage & film, music and uber reality waitressing/bartending — an experimental  format described as “live episodic entertainment” — the show managed a successful first night without a hitch.

The love letter/spoof to soapy dramedy material isn’t grand. But the audience cared more about the characters and all of the demonstrative cattiness a heck of a lot more than the script  including a cameo by Perez Hilton on camera as a horrible casting director, so a great time was had by all.

The storyline?…well…it’s a bit ludicrous.  It’s the … you know… I’m an actor trying to make it in Hollywood…living the dream or i’ll die trying or something like that mashed together with a drug score, a bar owner mc who cares less about the talent than fame, a porn sideline, the all-encompassing, effervescent drag show and the critical musical number that deepens the relationship between the unlikely soon to be lovers (Rumer and a new musician in town who works as a busboy at the bar); Barely post teenaged schmaltz at its best.  Miss Willis’ character, Veronica Hampton is the centerpiece actress who continually is dissed by boyfriend, friends, acquaintances and industry twits who jerk her around quite a bit in her struggle for success and happiness. 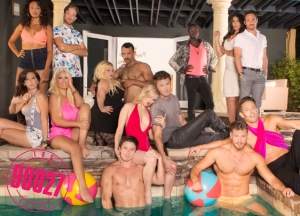 But does it all work? Absolutely.  The players are current and in reality, many if not most, (so I was told) a bunch of actors with food service side jobs.  So nearly everyone is a dead ringer and appropriately cast.  And will it keep audiences coming back?  Seems so.  No one was complaining and in a somewhat interactive environment, it’s more likely that fans will keeping loading in just to be closer to the melodrama and the (frankly) hot bods.

The show will perform twice a month (Friday and Sunday) LIVE at the Rockwell with projected pre-taped scenes with new upcoming episodes continuing on October 12 at 8pm through Sunday, February 15th.