Fringe Up HFF14: 100 (K)nights Of the Urban Geisha: A Sex/Love Worker Memoir, reviewed 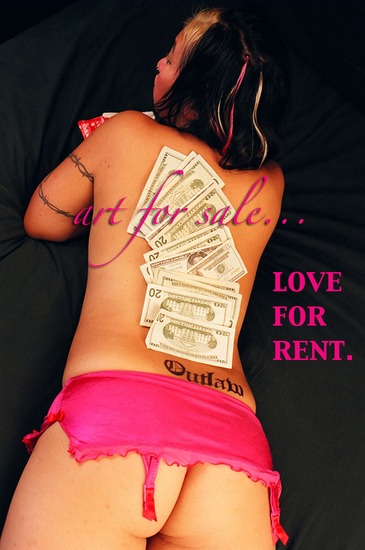 100 (K)nights Of the Urban Geisha: A Sex/Love Worker Memoir playing at the Complex Theatre is not a regular show.  It is a reading and reenactment of the partial journal of Mariko Passion, a real 13 year sex and love worker.

She’s the kind of girl that writers write stories and scripts about.  Gia On The Move only accidentally stumbled upon her.

Attempting to understand what makes this girl tick is worthless.  To hear the psychology of how she’s transformed herself from what she calls “provider” and objectified sex toy to “sharer” as a Tantric goddess is fascinating.

Utterly raw, 100 (K)nights of the Urban Geisha might be the one of the most risk taking and least indulgent hours and a half spent at the Hollywood Fringe this season.

A compilation of spoken word, verse poetry, live music and video screen media, this presentation is filled with fits and starts, quirks and dings that are not well timed and doesn’t follow any sort of theatrical rules.  And yet, it is very much worthy of attention for the ruthlessly raw content and its sobering honesty.

She is actually quite charming, most of the time in control, and more often then even she would like to admit, so very vulnerable.  What is most unbelievable is the child-like qualities she still possess living through a particularly unfathomable life from most ordinary people’s perspective.

One thought on “Fringe Up HFF14: 100 (K)nights Of the Urban Geisha: A Sex/Love Worker Memoir, reviewed”