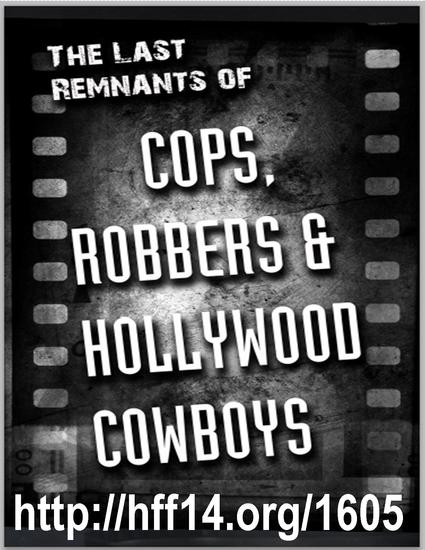 He has a love for adventure and it is apparent.

In The Last Remnants of Cops, Robbers & Hollywood Cowboys, writer Tom Cavanaugh not only shows his adoration for the written word but also a pretty darn good understanding of life in present day Hollywood.

Having begun as a coffee shop reading, this show has been morphing and moving its way along through several East and West Coast venues to get to Hollywood Fringe.

It’s a series of monologues which, although are delivered by a variety of characters, register as the authors personal experiences since arriving in Los Angeles.

According to Cavanaugh (and really he’s right) no one here wants to talk to strangers on the street or go wandering around just for the hell of it.  It’s a scary enterprise.  But everyone wants to ‘talk’.  And when Angelenos, finally open up, it’s like a watershed of history, hustle, quirks and sometimes crap.

Quite funny in instances and descriptively spot on, The Last Remnants of Cops, Robbers & Hollywood Cowboys doesn’t quite tell a completely well-rounded story, is devoid of props, could use a bit of stage direction, and might benefit from some sound & lighting to move it along. It is more an old school anthology than anything else.

Because it is pure broken fourth wall storytelling there are no real fleshed out characters.  And many of the actors are either not experienced or skilled enough to quite squeeze the  ‘juice’, personality and depth out of these mini-dramas.  But there is one stand out performance worth sitting in this show for.

Veteran actor John Ross Clark, struts on stage, like your best buddie, hangs out like a street-corner guy and speaks with such authenticity that he utterly captures the weight of the moment. He is completely natural, full of life and exciting.

Bare in its presentation, The Last Remnants of Cops, Robbers & Hollywood Cowboys is nevertheless worth hearing and experiencing for the quiet observations by the writer who is most definitely holding up a mirror in the audience direction.

One thought on “Fringe Up HFF14: The Last Remnants of Cops, Robbers & Hollywood Cowboys”