Be a Part of Art: Voices in the Sky 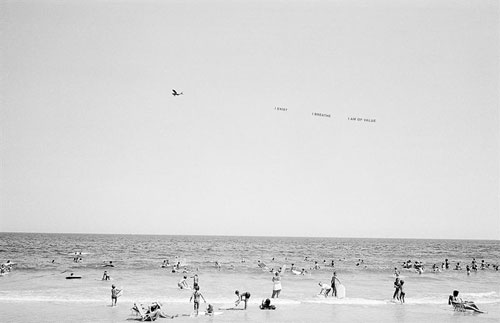 Michael Rafelson is a photographer who has always been intrigued by people’s desire to be acknowledged and understood through messages.  His previous project, Voices in the Landscape, captured clues that were left in written form in various places. He is inviting his fans and supporters to contribute significant messages to his new photography series, Voices in the Sky.

Every funder of the Kickstarter campaign is allowed to submit a message to be considered for the project.  25 messages will be chosen to be photographed.

For the photography series, Rafelson plans to make the chosen sayings into banners, which will be pulled by an airplane along the Jersey shore. If a contributor’s message is chosen, their significant ideas will be flown over the shore for all to see on the day of the shooting. While the message is in the air, the artist will photograph it. All photographs will be shot from the same vantage point, which will connect them in a graceful manner.

The resulting product will be a series of photographs, to be displayed in an art show, on posters and in a hardcover 11” x17” photography book. Supporters have the opportunity to help shape the artist’s elegant pieces with their personal messages.  (Michael explains everything in his Kickstarter video). 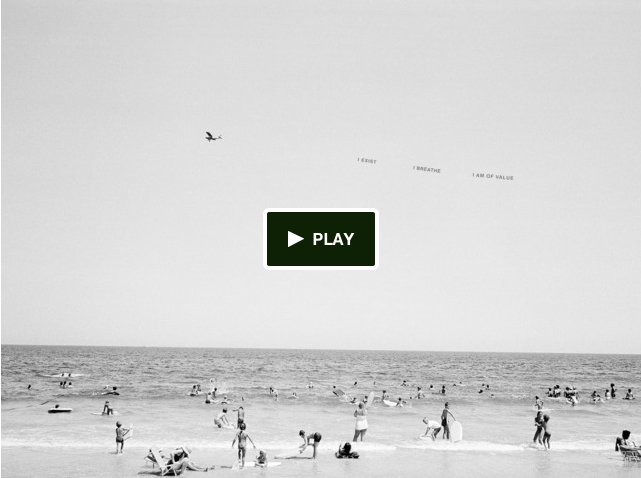 The Voices in the Sky Kickstarter campaign will run until June 10, 2014.

The funding goal of $29,850 CAD will be granted if the goal is met by the end date. Rafelson chose to launch a Kickstarter in order to encourage collaboration and in order to raise funds for the work. The raised amounts will cover production of the 25 banners, the hiring of pilots and airplanes, book design, and printing. It will also cover the preproduction, shooting, and editing of the photographs.

Shooting will take place in Ocean City, New Jersey in August of 2014.

Five planes will be hired for the one-day shooting. All legalities will be researched and prepared before, including required permits from local municipalities. Rafelson will design and produce the photographs and will use experienced professionals for book binding and printing.

To submit a message to the artist for consideration, support the crowdfunding campaign at https://www.kickstarter.com/projects/66006418/voices-in-the-sky. Top supporters, who pledge $2,000 CAD, receive a 2-night stay in Cape May, New Jersey, including 2 fine dinners, transportation to view the photography session, a hard cover book, and a signed limited edition framed 34” x 40” archival print. One of the fine dinners offered to the top supporters may be enjoyed with the artist.

Michael Rafelson was educated at Silvermine College of Art. He earned a BAAPA from the Media Studies program at Ryerson Polytechnical Institute. His work consists of mostly black and white photographs that tell an elegant story. Rafelson considers his photographic oeuvre to be a form of anthropology, which captures and illustrates narratives. Voices in the Landscape began in 1986.