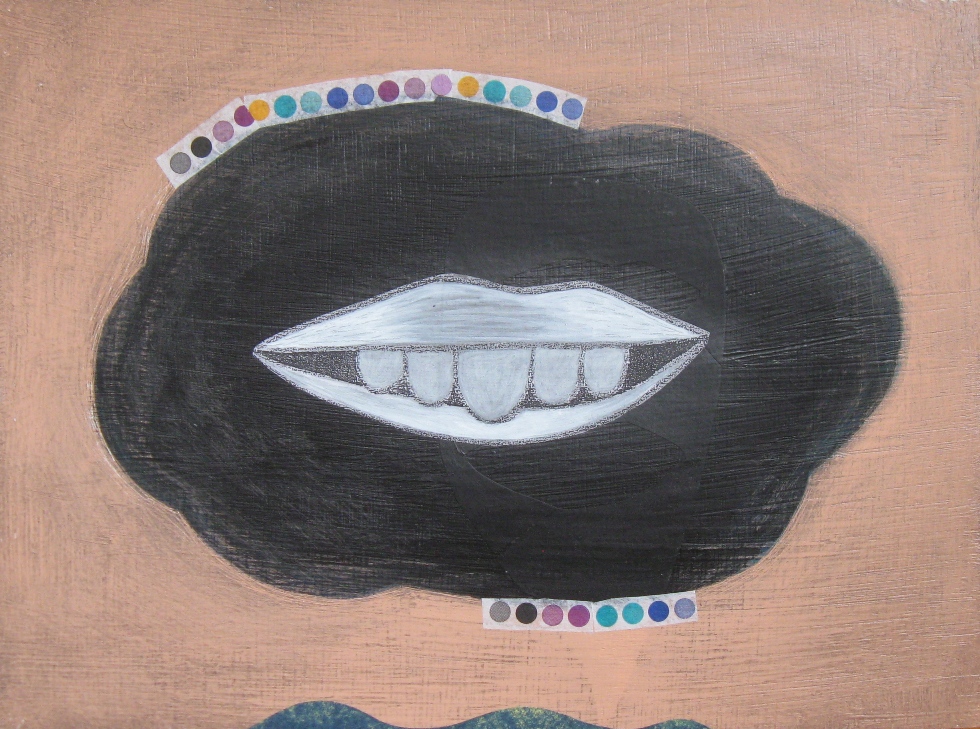 Continuing with his exploration of mixed media and painting, Evans has created a body of work that combines the whimsical with the surreal. The artist’s interest in modes of production and reproduction manifests in pieces with repetitive imagery that is immersed in unique painted landscapes. This contrast of a mass produced iconic image vs the unique, customized creation is one that is seen often in facets of contemporary culture, from art to current design.

Traditionally nature has been portraited in an epic scale that may dwarf any human subjects. Here the landscape is marginalized and the sky itself, with Evans’ mysterious anatomical imagery, becomes the focus, producing an uneasiness despite an almost comical subject. The anatomical references stand in defiance to the landscape, refusing to be absorbed and simultaneously confronting the viewer. The commingling of mechanical reproduction and the suggestion of the spiritual are the heart of his work. 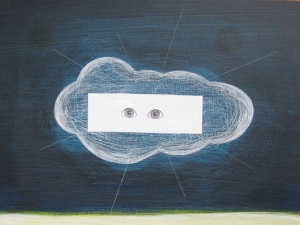 Paul W. Evans earned his BFA from the School of Visual Arts (New York, NY). Recent exhibitions in Los Angeles include Weekend Space, Fifth Floor Gallery, the Institute of Cultural Inquiry and the Center for the Arts, Eagle Rock. He has shown extensively in the US and abroad, including Clementine Gallery, Lump Gallery, Eyewash Gallery, the Brooklyn Museum of Art, the University of Illinois at Chicago, the Ukrainian Institute of Modern Art and the Lower East Side Tenement Museum. Recent curatorial projects include the video group show Leg Room co-curated with Jonathon Hornedo, Cries and Whispers at Sam Lee Gallery and Doing Pennants at Fifth Floor Gallery. He is the co-founder and co-director of ShoeboxLA with artist Sophia Allison, now in its third year.

Opened in January of 2008, Fifth Floor is a hybrid art/design gallery in the heart of LA’s Chinatown. Owner, Robert Apodaca’s background in architecture sees that the space delights in a mixture of contemporary art and design. Work by varying artists, designers, and architects rotate through the exhibition areas every month to two months; all the while, a steady base of unique accessories, jewelry, furniture and design objects remain on display.