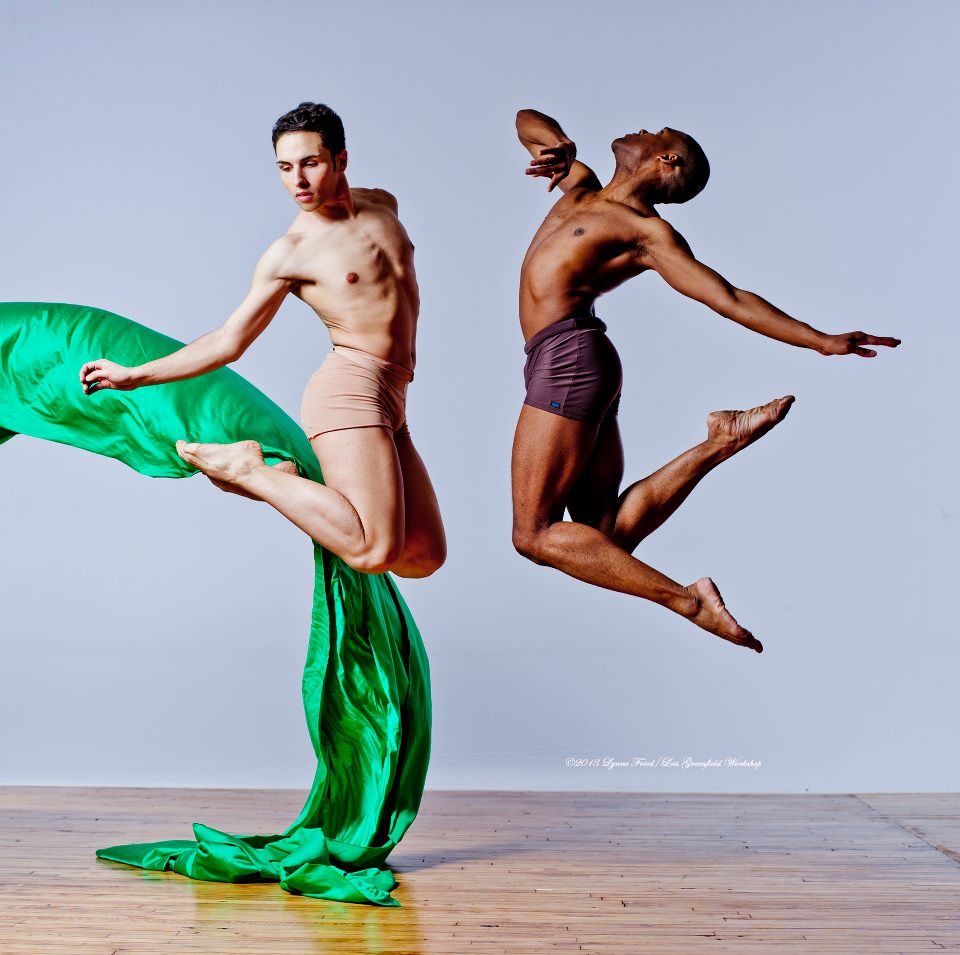 Aaron Atkins first full length evening of self-produced ballets was presented on October 25, downtown Tribeca. The company founded in 2012, appears to have the right stuff and a bright future judging from the new works performed on Friday night. Atkins’ dances combine contemporary and classical elements, with a few dances en pointe, out of the seven pieces presented. Ensembles of ten dancers were choreographed effectively, with dramatic structure and surprises, as well as some passionate duets, and one particular solo from, Fallen Angels, performed beautifully by Chloe Slade, caught my attention.

The themes were generally dark and moody, with Untitled, serving as a short introduction or prologue, quickly transitioning into Examinis, with music by Arvo Part; a soft seduction duet, lyrical and flowing, coupled with an intimate low light. From there, however, until the final dance in Act II,  we were revisited with the same lighting scheme, with slight variations, that eventually shaded the prevailing themes with a somber mood.

Fallen Angels, ending Act I, with an intended garbled sound track from Schubert’s Ave Maria, and dark temperament, was made even darker by the same distracting lighting, black background and dark costumes.  (Was this a technical production issue or a creative choice)? Courtney Sauls opened passionately in the first section with long and controlled movement dynamics, while in the third section Chloe Slade, in her solo, was exciting with her bright and exacting quickness. Overall, the dance conveyed a feeling of sexual repression, loneliness, and dissatisfaction, and was dramatically moving, but the message became a bit overcooked, and made remote with the audience not being able to see the dancer’s more subtle expressions.

ActII opened with Waiting, again to a moody theme, and a soundtrack from various down-cast artists; good dancing throughout though, well performed, intriguing energy, and displaying many choreographic ideas. Meminisse followed in the same emotional motif–forlornness, joyless couplings, loneliness, separation. If art is about exploring ideas deeply instead of broadly, this was approached. But as performance, added texture seemed to be needed.

Atkins founded the company to “challenge traditions that may inhibit a dancer due to his or her body type or ethnic background..and too merge various forms of dance into a unique and eclectic style.” He seems to accomplish this within his pieces, and has assembled an attractive group of dancers with strong backgrounds. Unfortunately, we don’t get to see how attractive they really are fully, until the final dance, No Words. A dance not nearly as self-consciously private, but with a more open and generous viewpoint, finally had illumination. Faces dance too, and is part of the total experience, so it was like experiencing the group for the first time. Maggie Baum, Shannon Maynor, Genene McGrath, Jesus Olivera, Lila Simmons, Courtney Sauls, Chloe Slade, Carly Topazio, Tanya Trombly, and Dana Wiley drew well deserved cheers at curtain for their fine efforts.  We wish all the performers, and Mr. Atkin’s brave new venture all the best.

Lastly, because these dances had such a close organic link, they perhaps could be knit together into one longer piece, and given a greater scope.  Otherwise, Ballet Inc. looked great and engaged the audience, and is a company that should be watched because there was so much more hinted to come. 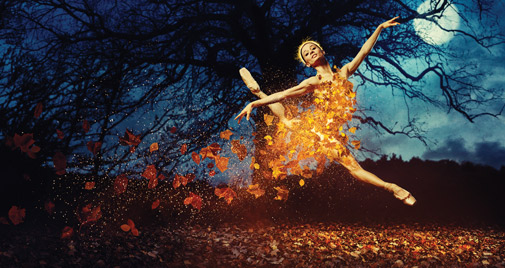 In the mixed program earlier in the week, we were presented with another New York Premiere by Alexei Ratmansky, From Foreign Lands. A choreographer, most recently creating new refreshing ideas for ABT, here graced this company with a delightful travelogue of dances– Russsian, Italian, German, Spanish, Polish, and Hungarian–my favorite being the Italian with Joan Borda, Doris André, Mathilde Froustey, and Dana Genshaft that gleamed with good fun. The German, with its evocative, poetic music and movements, reminded one of  perhaps Goethe, and German Romanticism, with Jennifer Stalh, Luke Ingham, Anthony Spaulding, and Luke Willis elegant in their group. Polish was passionate, with lively variations and proud mazurkas.

Announcements, at the beginning, to changes in the scheduled program was a bit confusing as to who was dancing, and in what order the dances were to to appear. But as luck would have it, the reshuffling seemed to work perfectly as Suite en Blanc, scheduled first originally, was last on the program, and showed to be the most beautiful of the performance. San Francisco Ballet is not strictly classical either, but rather blends in many elements of contempory ballet– to be in this company dancers must be adept in various forms. That said, Suite en Blanc, by legendary Serge Lifar of the Paris Opera Ballet, who believed dance was more important than the musical elements, and someone who had a more contemporary approach to ballet in his day, choreographed this piece in 1943 (premiered in San Francisco in Jan, 2013 at the War Memorial Opera House) nonetheless, obviously looks and feels to today’s audience as an homage to classicism. Beautifully inspired, the dancers Clara Blanco, Simone Messmer, Vanessa Zahorian, Taras Domitro, Yuan Yuan Tan, Tiit Helimets, Maria Kochetkova, and the fine corps, gave a sparkling clean and powerful picture of classical line, structure and presentation.

San Francisco Ballet, with artistic director Helgi Tomasson at its head for the last 29 seasons, formerly at City Ballet under Balanchine, is the third largest ballet company in America, and the first company in America to present Swan Lake and The Nutcracker. Under Tomasson, the New York Times said SFB was one of the spectacular success stories of the arts in America.