by Carlos Stafford, The Model Critic

With the familiar but always revelatory music of Tchaikovsky, the transcendent and evocative fairy tale of love, evil, and final redemption, once again flirted with perfection: the grand sets, beautiful costumes, the text book classical choreography, and flocks and flocks of dancing swans.  With this, the dancers had only to breathe life into their roles to be transported to a glimmering palace, a shimmering lake, a primeval forest–all gloriously harmonized in magical effect. And one of the most remarkable qualities to this production of a ballet en blanc is that the emotional level always remains constantly thrilling, with lush musical variety,  compelling story, and clean, visionary choreography.

Both Herrera and Stearns lived up to the proceedings.  Herrera, a consummate professional, owns the stage, its her playground. When you look at her closely, you realize she has always had a natural facility for the art form of ballet: a natural musicality, pliant body, exceptional feet, effortless turn-out. Added to these qualities, are her childlike bearing, her charming looks, and overall confidence and comfort in her roles. Is she as fast and powerful as she once was?  No, but never mind, that is nothing; she still has the maturity and artistry to create roses on the stage.

But for a ballerina in Swan Lake to do well in the important pas de deux’s, she must have a graceful and competent Siegfried, and not enough can be said about Corey Stearns in this role.  He, in  large part, was the frame to Odette/Odile’s picture.

Partnering, he allowed her to capture three or more pirouettes, hold her arabesques for longer counts, and lifted and supported quietly and princely. You could see the confidence that was transferred to Ms. Herrera’s  performance, that conveyed a nuance seldom seen today in his manly, quiet, and reserved demeanor.  He is light in his movements, assured in his partnering and doesn’t overact.

Von Rothbart, the evil sorcerer, play by both Thomas Forster and Ivan Vasiliev was dramatic and well performed by both, Vasiliev playing von Rothbart in sorcerer costume, and Forster as the elegant, magical guest at the Great Hall celebration. Forster performed well, but I wanted to see a more menacing sorcerer, one that makes women swoon, and conveys magic and danger, to this portrayal. I didn’t feel it. A much taller and angular figure is called for. 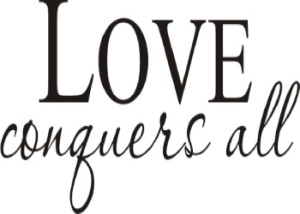 I have never seen Swan Lake not to have a deep affect on audiences.  I feel it has something to do with man’s deep connection to nature, a consciousness that arose at the tail end of the Enlightenment, when culture decided in the West that not all questions could be solved through Rationality–that through poetry, a return to nature, a bridge could be gapped, something mysterious and invisible could be glimpsed. Swan Lake does this well, and is always inspiring. It captures an essence that is fundamental to us all, a sort of holiness that almost seems Christian in nature. Evil thwarted, love transcendent, order restored.

We all feel it; grumpy old men dragged to the ballet by wives, to perhaps catch a few winks; a young boy tagging along with his tourist parents dreading the occasion; well-dressed ballerinas, now retired, soberly reliving moments in the most knowing way; financial executives suffering a bad week in the stock market trying to breathe for a moment; a grandmother out with her friend from the West-side condo for their weekly outing; to the bright, budding ballet students prancing the aisles in contained anticipation. Everyone is smitten in the end.  And if you aren’t, then you must join Dorothy to see the Wizard, for something is not right. For this ballet says the following:

Love wins the day, love conquers all forces, love is power, lifts mountains, abounds like the lake, nourishes, and transports us. Sounds familiar, but we always need the reminder.

ABT closes out its season with a week of Sleeping Beauty starting July 1, 2013.