Are You The Next “FACE?”

OXYGEN MEDIA and supermodel NAOMI CAMPBELL are launching the first ever search for a new competition series where models will get the opportunity to complete to become, “THE FACE” of a major national brand.

Auditions will take place with two open casting calls on July 21st and July 28th in New York City and Los Angeles. Models that are chosen will compete in a new OXYGEN series where they will be challenged and mentored by some of the world’s most successful and talented supermodels.

Click the poster below for more information and registration: 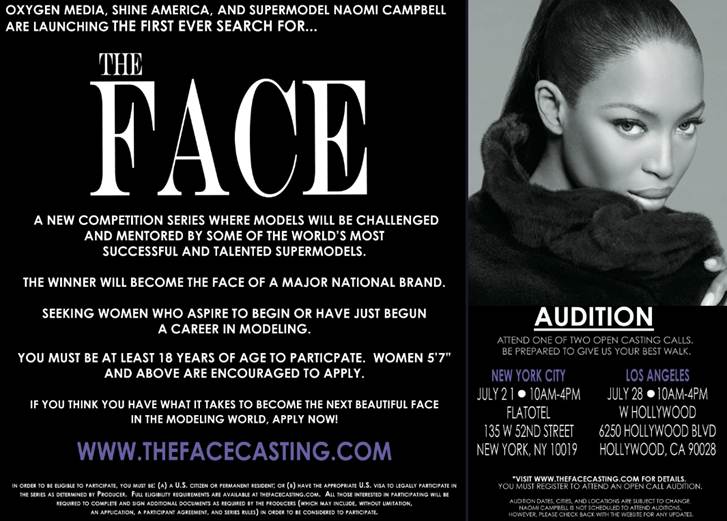