HFF12: Cycles (It’s About My Neighborhood. I know this story like the back of my hand) 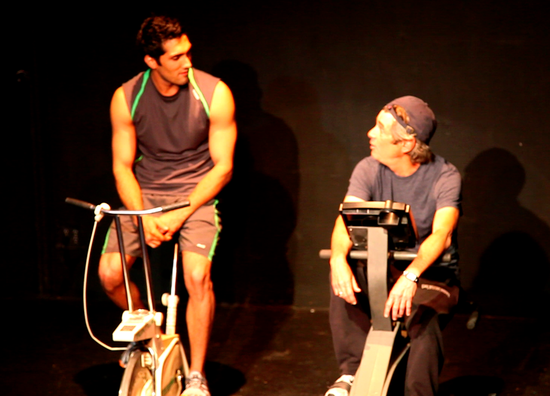 They didn’t know they had a girl in the front row of the stage who was actually from the North End of Boston, born on Harris Street, raised on Henchmen and who had played, for many years, at the actual doorstep of 37 Clark Street where the backstory of this play, whose actual history is quite different from the presented theatrical scenario, takes place. According to the writer, I was the best audience to experience this play. But in my opinion, probably the toughest.

Suffice it to say, I giggled a lot at the beginning listening to the actors work through the difficult and very non-typical accent that is absolutely distinguished from the nuances of other Bostonians. We don’t “paak the ca” in the same way as they do in Southie or anywhere else not directly connected to the downtown area. The speed in our dialogs is because we are actually speaking Italian or Siclian, but in English. And there is an unmistakeable brutal rawness in the people mixed with urban intelligence and often emotional stupidity.

However, once past the holes of hearing (the brilliant) Alan Rosenberg’s at first more New York sounding accent and Dominic Rains warm up in getting into his tough guy, what resounded in Cycles, was an authenticity that , knowing first-hand, is usually difficult to come by. Mr. Rains, looks like a genuine North End guy in so many ways which, when he finally stepped fully into the body language of his character, packed a whallop much heavier than the fist he so effortlessly uses on the wall instead of his adversary’s face. Mr. Rains, is an undeniable talent whose dedication to this role in particular is enriched with bona fide skill in its portrayal.

The writing, directing and efforts by all are a resounding, “excellent.”